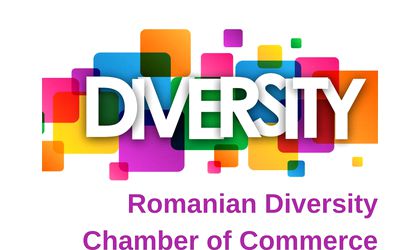 The Romanian Diversity Chamber of Commerce (RDCC) launched this week, on the occasion of International Women’s Day, its first task force to support female leadership and to contribute to the development of the role of women in business and society. The new task force will collaborate with already established business organizations.

“As a corporate M&A lawyer, one thing that Ambassador Hydén said struck me as particularly compelling. She mentioned that 99% of money invested in private equity and venture capital in Sweden is going to businesses owned by women. Forbes magazine also reported last month that just 1% of money invested in venture capital is under the supervision of women fund managers. I’m hoping that investment equality is one of the topics that our task force will be able to tackle, because small businesses owned by women are being starved of the capital they need to grow.” Perry Zizzi, President of the Romanian Diversity Chamber of Commerce and Managing Partner of Dentons in Romania, told BR.

The project is the result of the participation of some 100 women from the private and public sectors at the “Women in Leadership / Tech Driving Change in the Workplace” event, organized yesterday on March 8 by the Romanian Diversity Chamber of Commerce with the support of the European Bank for Reconstruction and Development EBRD), the Swedish Embassy in Bucharest and Ikea. The event attracted top leaders, including Her Excellency Therese Hyden (the Swedish Embassy), Oana Bîzgan (former member of the Romanian Parliament), Radu Szekely (Secretary of State in the Ministry of Education), Violeta Nenita (CEO of IKEA Romania), Elisabeta Moraru (CEO of Google Romania) and Mihaela Mihailescu (Senior Banker at EBRD).

Few Romanian women have access to leading positions in the business or public sector, one of the major conclusions of the event

“The relative absence of women from power — money and authority — reflects the unequal conditions that continue to be perpetuated today, said Her Excellency Therese Hyden, Ambassador of Sweden to Romania, present at the event. Only 10% of CEOs of the most valuable companies in Romania are female, observed Elisabeta Moraru CEO of Google Romania. A CEO task force was launched in 2019with the support of the Swedish Embassy and in this task force we put on the agenda important issues for gender equality: equal pay, equal opportunities and an equal share of leadership roles. I’m sure that  today, with the support of the RDCC, we can move further and also gain new members,” said Violeta Nenita, CEO of Ikea Romania.

“Less than 1% of women with a degree have a degree in IT-related fields. We need role models, we need campaigns to encourage girls to study STEM (science, technology, engineering and mathematics) courses,” stated Radu Szekely, Secretary of State in the Ministry of Education.

Mihaela Mihaelescu, Senior Banker at EBRD, mentioned that the EBRD has programs for supporting women entrepreneurs, including in technology start-ups and that by helping these businesses grow, new role models will be available.

“Gender equality is not only a matter of legal rights, but also of economic opportunities. As part of its mission, the Romanian Diversity Chamber of Commerce promotes women’s leadership and business opportunities for local companies owned or managed by women. We expect the new task force to work with other groups to establish a set of agreed actions to help meet these priorities,” said Perry Zizzi, President of the Romanian Diversity Chamber of Commerce and Managing Partner of Dentons in Romania.

Gender inequality and disparities are captured in several global indicators that measure countries’ progress in this regard. These include the Gender Equality Index of the European Union, which measures a) the rate of full-time employment, b) women in the position of Minister or Member of Parliament, c) access to medical services, d) people at risk of poverty (showing differences between men and women) and e) the number of unpaid caregivers for children, grandchildren and the elderly. Romania is at the bottom of the ranking in 2020, in 26th place out of 28, the same place as in 2010, with the best score for access to medical services and the biggest differences between women and men in terms of “power” (political positions and top management in companies), where Romania ranks 19th out of 28, with a score of 37.5 while the European average is 53.5.

Another index is The Global Gender Gap of the World Economic Forum, which tracks a) economic participation and access to opportunities, b) access to education, c) health and survival, d) political representativeness. Romania is in 55th place out of 153. Overall, the biggest gap is registered in terms of political representation.