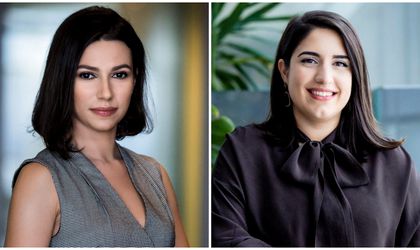 In recent years we have witnessed a series of important changes in labor law, determined both by the need for companies to keep their employees motivated and productive and by the trends imposed by the new generations who value more the work-life balance and who prefer jobs with flexible hours to the rigid standards imposed by the relevant legislation.

The European legislation has taken important steps towards making work more flexible, both by recognizing new flexible working formulas and by reaffirming older principles in the context of the new trends.

Thus, the directive imposes the Member States to take the necessary measures to ensure that employees who have children up to a certain age, but not less than 8 years old, have the right to work in a flexible way. In such cases, the employers will have to comply with the employees’ requests, and any refusal will have to be justified by the employer.

Directive (EU) 2019/1152 on transparent and predictable working conditions in the European Union also provides for the possibility of performing work as per a work pattern that is entirely or mostly unpredictable as well as the concept of “on-call” contracts.

Iceland, Spain, the United Kingdom, and Japan are among the countries that have tested or will test the 4-day week working schedule.

In Iceland, between 2015 and 2019, tests were conducted in which employees were paid the same for a shorter working schedule of only 4 days a week. The tests targeted approximately 1% of the active population, and included in the pilot program jobs in kindergartens, offices, public services and hospitals. Following these tests, unions have renegotiated their working schedule, and currently more than 80% of Iceland’s workforce has shifted or will move to shorter working schedules while maintaining their pay.

Spain recently joined this trend, approving a three-year pilot program. Hundreds of companies are expected to join the government program to test the effectiveness of the 4-day workweek. Members of political parties in Spain have supported this experiment since before the Covid-19 pandemic, and even more so recently, after the pandemic proved that greater flexibility in labor relations is possible.

A pilot program has recently been launched in the UK for a period of 6 months, in which participating companies will allow employees to work 4 days (respectively 32 hours) per week without reducing their salaries and benefits. It runs in parallel with similar pilot programs taking place, for example, in Ireland, Australia and New Zealand. In the UK, the program will run from June 2022 and initially targets 30 companies. The program will operate according to the “100:80:100 model” which assumes that employees receive 100% of the salary for 80% of the time worked, in exchange for maintaining 100% of their previous productivity.

Perhaps the most unexpected initiative comes from Japan, a country well-known for the number of deaths caused by overwork and the many overtime hours. The Japanese government is actively involved in encouraging companies to adopt 4-day work week programs designed to improve the lives of employees.

In Belgium, a 4-day work week schedule has already been adopted at national level, with employees having the opportunity to work 10 hours a day and benefit from 3 days off.

Methods of labor flexibility in Romania

Recently, a draft law amending the Labor Code was registered in the Senate, which introduces the possibility for employers and employees to establish by mutual agreement a working schedule of 10 hours per day, for 4 days, with 3 days off.

If most of the countries in which the 4-day work week schedule was tested considered a proportional reduction in the number of hours worked in a week and maintaining the salary unchanged, it should be noted that in Romania and Belgium, the short working week concept envisages only a compression of the 40-hour working week into 4 working days and the granting of 3 days off.

Moreover, the working formula proposed for debate in the Senate is already allowed by the Labor Code, with companies having several options at their disposal to ensure labor flexibility even if the draft law is not adopted.

As per the Labor Code, another way to make work more flexible is the individualized working schedule. Individualized working schedules can be implemented with the agreement or at the request of the employee and involves the division of the daily working hours into two periods: a fixed one, during which employees are simultaneously at work, and a variable one, during which the employee chooses the arrival and departure hours.

Any of the methods of employment flexibility mentioned above may be doubled by teleworking, at the employee’s home or elsewhere, as agreed by the parties.

Given the success of Iceland in implementing the 4-day working week (without reducing the salary), a legislative change that would translate these ideas into Romanian legislation would be of real impact. However, such a legislative initiative will require an in-depth study of its effects on labor law, in general (e.g., full-time vs. part-time work) and social security, in particular (e.g., impact on the retirement contribution).