POV | Anca Grigorescu (bpv Grigorescu Ștefănică): The success of a Kurzarbeit program depends on its imposed conditions and its flexibility 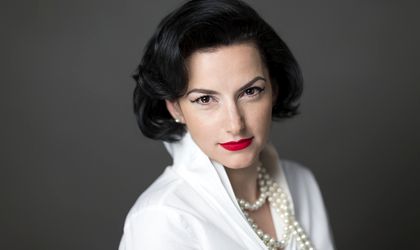 The success of the Kurzarbeit model and the willingness of employers to use this support scheme offered to the companies depends on the conditions that will be imposed for accessing it, says Anca Grigorescu, partner at the law firm bpv Grigorescu Ştefănică and one of the most senior lawyers who supported the adoption of Kurzarbeit since March.

The Kurzarbeit model can be found by the name of “Support for a flexible work program” in the “Rebuilding Romania – National Investment and Economic Recovery Plan” launched recently by the Romanian Government. The Government will establish the details regarding the implementation of the flexible work program (Kurzarbeit model) in the period immediately following the announcement.

“Kurzarbeit brings benefits for employees, employers and the state. Employees do not lose their jobs and receive almost full pay even though they work less. Employers keep their workforce and have a better chance of bringing the business back, at least to a functional, if not to a profitable level when the activity restarts. The state avoids increasing the number of unemployed people by allocating smaller amounts of money than in the case of unemployment benefits. It continues to collect taxes and social contributions and decreases the pressure for social support to more people in difficulty”, says Anca Grigorescu, coordinator of the Employment and Benefits practice at bpv Grigorescu Ştefănică.

The Kurzarbeit concept means short-time work and is an economic model launched 110 years ago, in Germany.

Kurzarbeit was also used during the two world wars but became widely known during the 2008 global financial crisis.

OECD estimations show that by the third quarter of 2009 more than 200,000 jobs in Germany had been saved due to Kurzarbeit.

Although Germany’s Gross Domestic Product fell by almost 6% in 2009, the number of employees remained stable.

On the other hand, in other strong economies such as France, Italy, the United Kingdom, Japan, the USA or Canada, the number of employees decreased, the largest contraction being in the USA, up to almost 4%, according to International Monetary Fund data.

How much an employee can earn, how much the state can earn

“For example, if someone’s working time would be reduced to 50%, the employee would receive 50% of the salary from the employer and 37.5% from the state. This means a total of 87.5% for an actual work time of 50%”, explains Anca Grigorescu.

If an employee’s activity would be reduced to 50%, here are some calculations based on different salary levels:

The employee receives 4,551 lei as a gross salary.

The employee receives 1,951 lei as a gross salary. 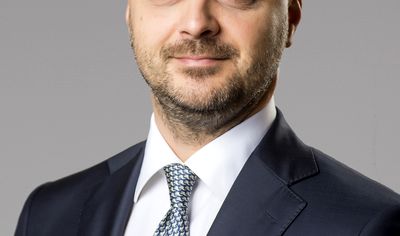 The employee receives 7,875 lei as a gross salary.

What kind of companies can apply for Kurzarbeit

For this program can apply the companies that have temporarily reduced their activity and whose turnover has decreased by at least 10% compared to the same month of the previous year. Also, in the economic recovery plan launched by the Government is specified that the measure can be implemented for a minimum period of three to six months and will apply in case of reduced working time for at least 10% of a company’s employees.

“I think that all types of companies with temporarily reduced activity, whether we are talking about SMEs or large companies, will be interested in accessing this program. The measure is expected by the entire business environment in Romania, whether they are companies that have made or not layoffs or companies they have suspended the employment contracts through technical unemployment”, says Anca Grigorescu.

The Government will establish the conditions under which a company can apply for this program period immediately following the announcement.

“The interest of the companies to apply for Kurzarbeit is influenced by the evolution of the economy, by the possibility for companies to access several support models and by the condition required to be fulfilled. In fact, the success of this model will largely depend on the level of conditions and restrictions imposed on companies to access it. If the conditions are impossible or too difficult to meet, employers might take measures that are easier to implement, which, in this case, could mean layoffs. The speed of Kurzarbeit implementation is essential for saving as many jobs as possible and even for saving many companies from closing down, so I hope that the program will become operational really soon”, adds the representative of bpv Grigorescu Ștefănică.

About Anca Grigorescu and her involvement in promoting the Kurzarbeit model

Anca Grigorescu has over 20 years of experience as a lawyer and since 2006 she is a co-founding partner of the law firm bpv Grigorescu Ștefănică. She coordinates the Employment & Benefits and the Tax Law practices of the firm. Anca Grigorescu is recommended as a leading lawyer by some of the most prestigious international legal directories such as Chambers & Partners, Legal 500, ITR World Tax.

From these positions, Anca Grigorescu actively promoted the concept of Kurzarbeit as a tool for job protection and gradual recovery of business by Romanian companies: she identified models compatible with Romanian legislation, the advantages of Kurzarbeit and the need of this to contribute to the recovery of the Romanian economy.

“From the very beginning of the state of emergency, we identified as a necessity the development of the Kurzarbeit concept for the Romanian economy. This is an idea inspired by the German concept, which has existed for over 100 years. We considered this measure as an essential one on the short and medium-term for maintaining as many jobs as possible and for saving Romanian companies. Our country needs this program to cover the needs of this business environment that can no longer be covered by existing”, says Anca Grigorescu.

bpv Grigorescu Ștefănică is a prominent player on the Romanian business law market.

Meet the Moderator of the Employer Branding – All Star Panel at Working...