Keeping an eye on the #futureofwork: The 2023 outlook of the Romanian workforce market 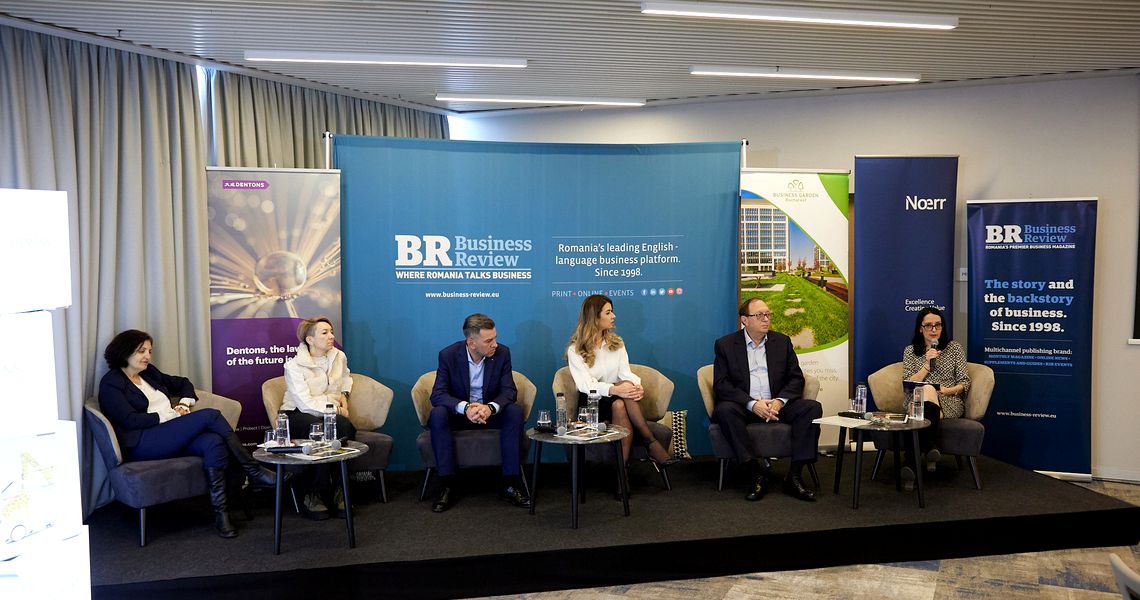 The first panel of Business Review’s recent Working Romania HR Conference explored the Romanian labour market on a macro-level from the perspective of trends, opportunities, and challenges that both employees and employers have faced this year, but of course also looking to the future, to the year ahead of us, in a difficult context, dominated by a strong upward trend in energy prices, the armed conflict in Ukraine and galloping inflation, elements that make business leaders look at their plans with a lot of attention.

Present as a speaker at the panel, Madalin-Cristian Vasilcoiu, Secretary of State in the Ministry of Labour and Social Protection intervened, adding that the figure of 5.1% for the unemployment rate is the one established by the National Institute of Statistics, using its own methods, but in reality, the ANOFM databases show an even lower unemployment rate of 2.7%, while in urban areas unemployment is practically non-existent, with employers even facing a labour crisis.

The Keeping an eye on the #futureofwork panel was opened by Tiberiu Csaki, Partner, Head of Employment and Labor at Dentons, who discussed law 283 of 2022 which has brought with it a number of new challenges for employers, and it remains to be seen how they will be able to maintain a reasonable balance between employee rights and their business efficiency objectives.

“Like any amendment to the labour code, this law raises a number of challenges for employers and employees alike. In terms of the changes brought about by this law, one of the most important, which has raised practical problems for employers, would be the obligation to include certain information in the individual employment contract, that are included in the job offer. The problem that has arisen from a practical point of view is what happens to the inclusion of this data in existing employment contracts. The law stipulates that the employee has the right to receive, within 30 days of the entry into force of the law, information confirming the existence and applicability of these rights to him/her. I believe that for more clarity and to prevent possible labour conflicts, it would be advisable for employees in this situation to be informed of the changes brought about by this law and to be invited to sign an addendum to the employment contract in which all these missing data and information are included.” Tiberiu Csaki said.

Moving the discussion to the area of salaries, Georgiana Grama, Commercial Manager at Hays Romania, talked about the initiatives and moves of the employing companies related to indexation and compensation of wages.

“We started the study by asking companies what exactly they are doing and what actions they have taken or plan to take regarding wage indexation in relation to consumer price increases. We found that more than 64% of companies have already taken such actions, with half of them already indexing wages this year and the other half already planning to do so from January 2023. Their actions are diverse, with most of them being to increase the value of meal vouchers or salaries. But it’s a double-edged sword because many companies have kept their annual wage increases as a benefit.” Georgiana Grama explained.

When it comes to measures to protect employees vulnerable to rising costs of living and inflation in the coming year, as we are already at the end of 2022 and all companies are at the end of budgeting, the word was taken by Georgeta Cardos, HR Director at Fepra International, who says that in the company where she works the approach has been a customized one, looking first at the real vulnerable areas, leaving aside budgets and standard market practices, preferring to look specifically at those at the bottom, thus maintaining internal equity.

“Meal vouchers are a real help because they directly translate into human consumption and are not such a burden for companies. It’s a matter of efficient thinking because some companies may not be able to afford to increase salaries by 15%, but using these vouchers will have an immediate impact.” Georgeta Cardos believes.

Dana Dobrescu, Corporate & Government Affairs Manager at Mondelez Romania, talked about motivating employees and increasing their engagement, from the perspective of the expectations they have beyond the classic measures such as internal events, team-building, or recreational facilities, which are a nice-to-have but no longer sufficient in the current context and for the new generations of employees who have a completely different mentality towards the workplace and the way they choose their employer.

“Young employees know very well what they want and are very oriented towards their personal development, coming up with demands that to us might seem exaggerated, but at a certain point are really normal and common sense, leading in a direction where we think of normality, of a negotiation between employer and employee that is ultimately beneficial for everyone. Team building and internal events are motivational on a superficial level because people need to come to a workplace where they have inspiring leadership, where they find a mission and know what they are working for, they need to feel motivated and rewarded both individually and as a team.” Dana Dobrescu concluded.