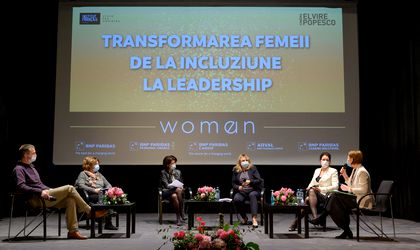 Women represent more than half of the world’s population, but only 45% of them have a job, according to the latest study led by the International Labor Organization. The same organization shows that less than 4% of the companies’ boards include women, after centralizing data from 7,000 companies in 44 countries. The wage gap in the European Union between the men and women earnings is almost 15% in favour of men. Romania has, however, the smallest difference in the EU, of 3%.

At the European level, the European Commission has adopted a strategy for gender equality 2020-2025, which focuses on: ending gender-based violence, combating gender stereotypes, eliminating gender gaps in the labor market, achieving equal participation in different sectors of the economy, addressing gender pay and pension gaps and achieving gender balance in decision-making and politics.

Addressing the issue of women’s inclusion in social and professional life, BNP Paribas Personal Finance Bucharest Branch, in partnership with the French Institute in Romania, organized, on the occasion of International Women’s Day, the debate “The transformation of women, from social inclusion to leadership”, which took place in the cinema hall “Elvire Popesco” and which was attended by Mrs. Anca Dragu, President of the Romanian Senate, Her Excellency, Mrs. Laurence Auer, French Ambassador to Romania, Mrs. Laura Grünberg, Phd. Professor at the University of Sociology and Social Work, Bucharest, Mr. Damien Thiery, General Manager of Workshops Without Borders Association (Ateliere Fara Frontiere). 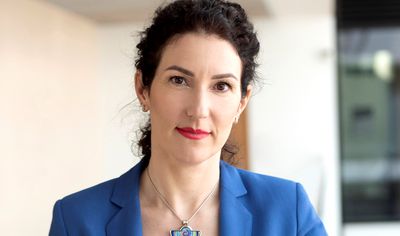 With a presence in 71 countries around the world, including Romania, BNP Paribas is one of the first banking groups to adopt a policy of preventing discrimination at the workplace and promoting diversity. Ever since 2004, it has launched numerous initiatives to promote professional equality between women and men and to encourage the promotion of women in leadership positions. In 2006, it included the risk of discrimination on the list of the 30 major operational risks, promoting equal opportunities and inclusion.

In Romania, BNP Paribas promotes the same culture of diversity and inclusion at the level of all companies in the Group: BNP Paribas Corporate & Institutional Banking, BNP Paribas Personal Finance Bucharest, BNP Paribas Leasing Solutions, Arval, BNP Paribas Cardif, Central Europe Technologies. Of the 974 employees, women currently represents almost 70% and hold two-thirds of management positions. Miruna Senciuc, the current CEO of the company, became in 2019 the first woman to lead the Romanian executive and in 2020 Roxana Lupescu was appointed the first woman in the position of General Manager of Arval.

“My personal experience showed me that the performance of the private sector in implementing policies that promote gender equality and a job anchored in this reality varies greatly depending on the country, field of activity and the size of the company, and the way leadership and the company’s culture are promoted. At the level of  BNP Paribas, we pursue a proactive policy in favor of professional equality between men and women, diversity and inclusion, designed to allow everyone to feel fully respected and integrated. I strongly believe that when employees feel that they will be evaluated equally, they are more likely to feel safe, to stay in the company and to really contribute to the development of the organization”, says Miruna Senciuc, CEO of BNP Paribas Personal Finance Bucharest Branch. In 2019, BNP Paribas became the first of the 40 largest companies traded on the Paris Stock Exchange (CAC40) to sign the pact #JamaisSansElles (#NeverWithoutWomen), through which each member assumed not to participate in any internal or external event (debate, meeting, round table) with more than three speakers without a woman included.

In 2015, BNP Paribas has joined the global #HeForShe campaign launched by UN Women, the United Nations Entity for Gender Equality and Women’s Emancipation. As part of this goal, the Group aims to promote diversity in the banking professions that are traditionally dominated by men and women, such as those in the financial and human resources departments.

However, through #HeForShe, the Group aims to carry out this commitment not only through internal initiatives, but also through actions that stimulate women’s involvement in the labor market and their financial independence. In 2019, in partnership with UN Women, BNP Paribas has allocated a budget of $1.8 million to train 30,000 women from areas with significant agricultural potential in Senegal, who may have the opportunity to benefit, through this program, of financial independence and a work place.

More than 270 million women worldwide manage their own company or are in the process of setting one up. And yet, women play a major role in economic and social development, particularly in emerging countries. This is why the Group contributes through several actions – dedicated local budget or local programme – of its entities to accelerate the growth of women-founded start-up and SMEs.

Regarding the equality and remuneration index,  the Group has a score of 87 points out of 100, above the minimum of 75 points required for companies with more than 250 employees. Regarding women’s earnings at EU level, the latest Eurostat report shows that they are, on average, with 14.8% lower than men’s. The smallest differences between women’s and men’s salaries are in Romania (3%), Luxembourg (4.6%) and Italy (5%). On the other hand, the largest differences are recorded in Estonia (22.7%), Germany (20.9%) and the Czech Republic (20.1%).

The main statements made during the debate: “The transformation of women, from social inclusion to leadership”:

“In 2020, the aggregate index at European level in terms of gender difference places Romania on the 26th place out of 28 countries member of the European Union. The gender gap is more pronounced in specific areas, such as politics or top positions in the private sector. On the other hand, the medical field is dominated by women, the European average being 76%, and in Romania 80% of the medical staff are women. In the first three months of 2020, the number of women who arrived at the hospital with multiple injuries is four times higher than before the pandemic. These statistics show us that actions are needed at the level of public policies. These require awareness, a continuous effort to bring to public discussion the issue of gender difference, violence against women and to create mentalities, instincts, attitudes from the civil society that contribute to stopping these differences.”

Her Excellency, Mrs. Laurence Auer, Ambassador of France to Romania:

“I believe that education is the key to solve many issues in terms of equality between women and men, which is, in fact, a goal of the entire society. Addressing this issue is a relatively new approach even in France, since 2020 there is a law that requires political parties to have equal representation of men and women. And since 2012 there have been sanctions if public administration institutions do not take measures to ensure equitable representation of women in senior positions. However, progress is being made in the fight against prejudice at work, gender equality and equal responsibilities. Moreover, the equality between women and men is the greatest national cause in the mandate of President Emanuel Macron. In 2012, when I first took over as ambassador, the percentage of French women ambassadors was 10% and now is 26%. The composition of the boards of directors of French companies must contain 40% women. This year, France is co-organizing the «Forum Génération Egalité» international conference to promote real equality between women and men. In Romania, we launched this month a communication campaign that will last until November, through which we will give voice to personalities from different areas, from politics and media, to civil society and sports, to speak about what it means for them the notion of gender equality.”

“In Romania, gender equality activism has always been between the hammer and the anvil, slipping through political priorities, economic or health crises bureaucracy, gender backlash conservatism. Despite this precarious position, in recent years in Romania, gender equality is increasingly present on the public agenda and we can talk about an institutionalization and professionalization of the field, through master programs, specialized journals, publications, competent institutions, laws and NGOs. Moreover, there are already measurable changes related to the population’s perception of the importance of the issue. A palpable success occurred, for example, in the area of combating domestic violence, where important steps were taken by changing the legislation, but also the mentality.”

“Workshops Without Borders is an association that aims at the social, professional and civic insertion of vulnerable, excluded or marginalized people. Our mission is that the beneficiaries of our programs return to life with confidence and dignity. In this way, we set up three workshops with different fields of activity: the Reconet workshop, for collecting, sorting, recycling or reusing electrical and electronic equipment; Remesh workshop, where we turn banners from outdoor campaigns into bags, purses and other accessories; bio& co social farm near Periș, where local employees from Roma community produce certified organic fruits and vegetables delivered later in a short circuit. Two-thirds of our funds come from the private sector, and one-third from our economic activity. We aim to increase the number of beneficiaries, which currently stands at 30 people, compared to 145,000 in France.”