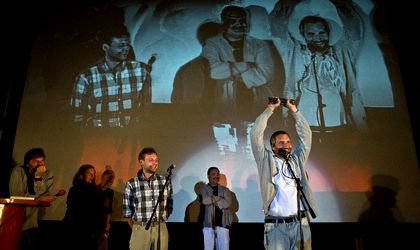 The tenth edition of the Anonimul Film Festival ended Saturday night, with “The Major” as the winner movie for the feature film competition, while “Tarazoo/ Scale” directed by Ramin Rahbar took the prize for the best animation shortup and “Half shaved”, directed by Bogdan Muresanu took the short fiction competition prize.

Furthermore, the Ovidiu Bose Pastina award was given to the director Gheorghe Preda for “The Finnish cow” and another special prize was received by the director Daniel Sandu, for “Second voice”.

Also, “Roxanne”, directed by Valentin Hotea had the Romanian premiere at the gala awards, after being presented at Cineasti del Presente category, Locarno Film Festival.

The retrospective of the Anonimul Film Festival will take place in Bucharest, at Cinema Studio, between August 30 – September 1.

According to the Hollywood Reporter magazine, ” Like an episode of The Shield transplanted to the snow-swept Russian countryside, writer-director Yuri Bykov’s The Major is a tense, handheld police thriller filled with scores of dirty cops, scenes of abrupt violence and a relentless, overriding sense of nastiness. It’s also rather heavy-handed in certain parts, and not necessarily original in the story department, but its rapid pacing and potent performances should make it a viable pickup for distributors specializing in exotic genre fare.”