Year in Review: IT sector 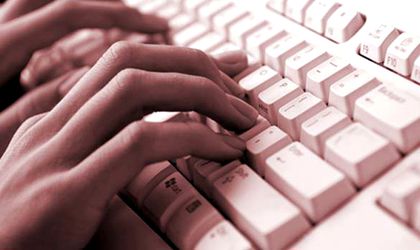 The Romanian IT market surged by 9.1 percent in 2014 to a total of EUR 1.2 billion, exceeding most countries in the region, but nevertheless the industry suffered a stain on its reputation due to the outbreak of scandals that involved major international and local names in both the local administration and private sector.

The 9.1 percent progress of the IT setor was attributed to strong economic growth and Romania’s status as a regional center for IT professionals, according to Business Monitor International. BMI projected that sales of hardware components would increase to EUR 656 million in 2014, from EUR 633 million the previous year, due to the re-invigoration of the PC and notebook market, as well as significant growth in the number of tablets.

The software market was set to reach EUR 271 million in 2014, compared to EUR 249 million the previous year. Data from the National Institute of Statistics (INS) place the number of employees in the IT field at 45,500 at July 31, having gone up from 41,500 at the start of the year. According to data that the INS sent to Business Review, revenues from IT services represented 2.4 percent of GDP. Average net salaries in IT went up steadily in the last half year, from RON 3,739 at the end of January 2014 to RON 3,953 at the end of August, according to the INS.

In technological innovation, Romania is also making fast progress. It was placed third in Deloitte’s CE Fast50 ranking for 2014 with six companies in the competition: Teamnet, ITNT, Softelligence, Life is Hard, Fortech and Trencadis. Four were new entries. Two of the companies were based in Bucharest, two in Cluj-Napoca, one in Baia Mare and one in Sibiu.

Romanian IT is increasingly organizing in clusters, which have started to raise their voice for the industry more and more this year. Two meetings between IT clusters from Cluj, Iasi, Timisoara, Brasov, and Miercurea-Ciuc took place last fall in Cluj and Brasov, where members discussed industry issues and pitched their requests to the authorities.

While Bucharest has been the country’s main IT hub, over the past two years four other locations have increasingly gained importance in the eyes of IT companies. Timisoara, Cluj, and more recently, Iasi and Brasov are emerging as first points of entry for IT companies.

Two international IT&C corporations are getting ready to enter the Romanian market, which would lead to the creation of 4,500 jobs, according to a statement by Razvan Cotovelea, minister for the information society, quoted by Agerpres.

“We have one IT giant which will come to Romania and generate 3,000 jobs. We have another great corporation which is coming from across the Ocean and will create another 1,500 jobs. I can’t give you any further details at the moment. But what I can tell you is that we will stimulate this sector to give funding to important professional development projects,” said Cotovelea.

However, a series of corruption scandals risked besmirching the image of the local IT industry in 2014. Microsoft, Siveco and Ultra Pro computers were the names involved in serious corruption and tax evasion cases. In the Microsoft case, nine local exministers – Ecaterina Andronescu, Valerian Vreme, Serban Mihailescu, Dan Nica, Adriana Ticau, Gabriel Sandu, Daniel Funeriu, Alexandru Athanasiu and Mihai Tanasescu – faced prosecution following a Microsoft investigation into the lease of its licenses to schools.

The former government officials are charged with a series of offences, including abuse of office and money laundering. The contract under investigation ran between 2004 and 2009. Former communication minister Gabriel Sandu, businessmen Dorin Cocos and Nicolae Dumitru and the mayor of Piatra Neamt, Gheorghe Stefan, were temporarily taken into custody in the Microsoft case.

In July 2014, the DNA started an investigation in rem into influence peddling related to corruption, bribery and abuse of office, regarding the licenses investigations. The investigation found that out of the USD 54 million that was paid by the government under the licensing contract and its extensions, commission paid to public officials amounted to USD 20 million.

Another important name on the IT market, Siveco, was suspected of creating a criminal network that robbed the state of an estimated EUR 10 million by supplying fake IT services through various companies created especially for the purpose. Irina Socol, president of the company at that time, was taken into custody and later placed under house arrest. In mid September, Siveco announced that Florin Ilia had been appointed president of the administration board and general manager of the company.

The Romanian IT retail scene was also shaken by a corruption scandal. The Fughina spouses, Cristian Fughina’s father, Stefan Fughina, and businessman Laszlo Kiss are suspected of taking out over EUR 10 million from the accounts of Ultra Pro Computers and transferring the money into several offshore accounts.

The Fughina spouses and Laszlo Kiss were detained by the prosecutors of the Directorate for Investigating Organized Crime and Terrorism (DIICOT), on money laundering and embezzlement charges.