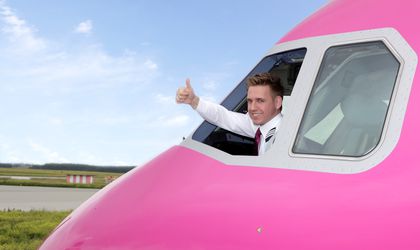 Wiz Air, a low cost air company operating across Central and Eastern Europe, announced it would open a new flight route between Bucharest and Birmingham starting May 2016.

The flight, set to be made twice a week, on Wednesdays and Sundays, adds a 39th route with Bucharest as a starting point to the company’s portfolio covering 14 countries. Tickets are expected to start at RON 179 and can be reserved starting today.

Wizz Air operates a fleet of 63 Airbus A320 aircrafts, offers 390 routes from 22 bases connecting 112 destinations across 38 countries and employs 2,300. The fiscal year which ended on March 31, 2015, the company registered 16.5 million passengers.