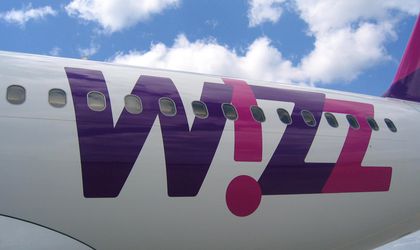 Wizz Air, the largest low-cost airline in Central and Eastern Europe announced further expansion in Romania on Wednesday. The airline will deploy 1 new aircraft in Bucharest, bringing its fleet in Romania to 17 Airbus A320, representing 29% capacity growth in 2015 year-on-year. The 9th Bucharest based aircraft will be delivered at the end of July 2015.

Wizz Air also announced operations from Iasi airport, which will take the number of airports served by WIZZ in Romania to 8.

The new services from Iasi to Treviso will begin on 20 December 2014, Iasi– Milan Bergamo on 31st 2015. From Bucharest Wizz Air launched new routes to Pescara and Stockholm Skavsta, commencing on 27th of July, as well as a summer route to Heraklion commencing on 20 June.

With these new services Wizz Air is now offering a combined total of 97 routes to 15 countries from its 8 Romanian airports.

The airline has also increased frequencies on 22 of the most popular routes across its Romanian network.