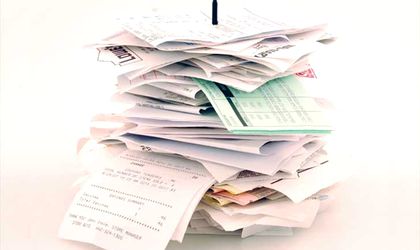 The draw in the fiscal lottery covering August has established the winning receipts at a value of RON 320, while the date of emission should be August 5, the Ministry of Public Finance announced.

Claims for the prize which total RON 1 million (about EUR 230,000) can be submitted at the National Agency for Fiscal Administration (ANAF) work points. The claims will be centralized, and if they are more than 100, a new draw will take place, for determining a maximum of 100 winning receipts.

Claims can be submitted for 30 days, starting the first day after the draw. Winning voucher holders must submit receipts (original), together with a copy of their identity document and a request to any tax authority in the ANAF structure.

A tax receipt is considered winning only if it meets all the conditions provided by law, having the mandatory elements showing it was issued with a taxed register device (logo and fiscal series of the cash register, date and time of issue and serial number).

Visa announced that there were 183 transactions made on August 5 with a value between RON 320 and 320.99, while MasterCard announced 196 such transactions.