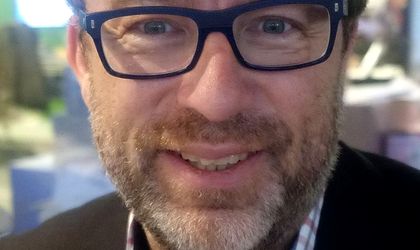 15 years after the launch of Wikipedia, Jimmy Wales – the founder of world’s most accessed online encyclopedia – will be present for the first time in Romania, on March 22nd, at a McCann / Thiess conference.

During the conference, Wales will present the philosophy behind Wikipedia and how he managed, via this platform, to revolutionize the way people all over the world have access to information.

Each month, over 80,000 volunteers all over the world are contributing to creating over 7,000 articles on daily basis, which are accessed by 500M unique visitors. Today, Wikipedia has over 36M articles, available for free in over 280 languages.

Present in Time’s Top 100 most influential personalities, Wales is an American entrepreneur, a real visionary, member of Berkman Center for Internet and Society at Harvard University and member of MIT Center of Collective Intelligence. He founded Wikipedia in 2001.

Starting from a radical idea, to imagine a world in which each and every person on the planet has free access to the entire knowledge of the humanity, Wales and its team of volunteers managed to bring Wikipedia on the 5th position among the most accessed online platforms, after Google, Yahoo, Microsoft and Facebook, and followed right after by Amazon, Apple and eBay.

“Wikipedia allows people not only the access to other’s knowledge. When you contribute to a building, it belongs to you, you invested in it. It is by far a greater reward than if you were giving it already made,” said the founder.

“Wikipedia grows every day, in the same rhythm with people’s desire to know more and more and faster and faster. We couldn’t even imagine, 15 years ago, that there will be a place to find answers to any question. Without a daring idea and a person with a vision, who really believed in it, we couldn’t have speak today about Wikipedia. That is why we bring in Romania Jimmy Wales for the first time,” stated Bogdan Enoiu, general manager of McCann WorldGroup Romania.

The conference will take place at Grand Cinema Baneasa & More in Baneasa Shopping City, Bucharest. It is presented by Vodafone Romania and supported by the official sponsors BRD Groupe Société-Générale and PRO TV.