What went Up, what Down? 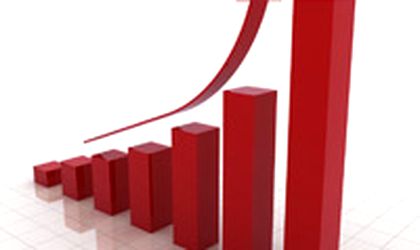 Despite the challenges the local economy had to face over the past five years, several industries stood out with their performance indicators, heralding new development sectors of the local economy. Investors showed growing interest and started investments in local agriculture, the renewable energy sector or retail.

Agriculture, or the local economy’s Cinderella

While five years ago agriculture was not among the top industries associated with economic growth in Romania, now it is on the lips of politicians as well as investors.

Due to good weather conditions, the agricultural sector proved its potential in 2012, one of the best farming years over the past decade, generating an output of approximately EUR 18 billion (up 8.9 percent y-o-y) out of which crop output generated EUR 12.8 billion ( up 12 percent y-o-y).

Come the 2012 drought, crop production dropped by an estimated 20 percent, underlining the sector’s vulnerability to weather conditions and the dire need for more sustainable investments.

The renewable sector has boomed in the past five years, sustained by a favorable legal framework and excellent natural conditions.

The installed capacity soared from 97.2 MW at the beginning of 2009 to 2,336 MW last year, driven by massive investments in the wind sector. Foreign utilities have built wind farms locally, due to the generous support scheme that grants two green certificates for these producers. Last year Czech utility CEZ completed the largest onshore wind farm, of 600 MW, in Romania, following a EUR 1.2 billion investment.

Photo-voltaic is currently growing in popularity, reaching 49.3 MW last year, as it currently receives six green certificates. However, the government says Romania is too poor for the current scheme and may cut the number of certificates in some technologies.

The Romanian pharma market has soared in the past five years, going from EUR 1.8 billion to EUR 2.7 billion last year, according to professional services firm PwC and Cegedim, a data provider for the pharmaceuticals industry.

Romania is still lagging behind its regional peers in terms of pharmaceutical consumption. The market has expanded, although producers are grappling with an unstable claw-back tax and delayed payment terms that exert extreme pressure on their cash-flows.

Last year, original brands accounted for 75 percent of the market and generated 25 percent in volume. The rest belonged to generics, which are medicines with expired patents.

The e-commerce market, including online payment by card, grew rapidly in the five years to 2012. During this interval, the value of the market increased four times. While in 2008, it stood at EUR 53.1 million, by 2012 the figure had hiked to EUR 220 million, according to Romcard. Between 2008 and 2012, the number of transactions also posted an unprecedented surge from 652,000 to 4.12 million. The average value per transaction on the other hand declined over the five years from EUR 81 to EUR 53.

A few years ago, most transactions targeted tourism or IT&C products because most online stores were running their business in these fields.

Consequently, the average transaction was higher. As online offers diversified, transactions targeted other types of products. The decrease in this value points to a change in consumer behavior, showing that people are paying online more and more. Fashion, toys, flowers and services are the most in vogue domains at the moment, according to PayU estimations.

NFC technology, which allows users to make contactless transactions via mobile phone for various products and services, was undergoing tests on the market and some compatible terminals already exist, but widespread implementation is still to come.

The value of the e-commerce market with online payment by card­­­ (mln. Euros)

Although the record level reported by the local FMCG retail market in 2008 of EUR 21 billion will not be repeated any time soon, retailers have continued to invest in expansion over the past five years, growing the share of modern retail from 33 percent in 2008 to an estimated 59 percent in 2012, according to Profi.

While before 2008 large surface formats such as hypermarkets were in vogue, budget constraints and the current market conditions have made supermarkets and discounters the new format of choice, especially in in towns with fewer than 100,000 inhabitants – the new battleground for FMCG retailers.

Over the past five years, the Romanian telecom market has consolidated. Data from the Romanian telecom watchdog show that while in 2008, there were 24.3 million mobile telephony users, by the end of the first half of 2012 this had fallen to 22.7 million. This is a normal trend which shows that the market has reached maturity. Mobile penetration in Romania went from 113 percent to 119 percent between 2008 and 2012.

Mobile phone subscribers and penetration over 2008-2012

Romania’s banking system bore the brunt of the crisis, slashing around 10,000 jobs since 2008 and closing 828 branches across the country.

For instance, Dutch ING has shut 21 branches since 2010, while keeping its number of corporate outlets unchanged at 35. Austrian Volksbank has closed 53 units since 2009, taking its network to 132 branches last year.

Lenders also grappled with a growing level of non-performing loans, which more than doubled to 18.2 percent since 2009.

Number of employees (by December)

Number of branches (by December)

Industry turnover expressed in gross remained flat last year, although the energy and mining industries added 4.6 percent and 1.5 percent, respectively. Meanwhile, manufacturing fell by 0.7 percent after expanding by 5.6 percent in 2011.

Romania’s manufacturing might is visible in the auto sector, with Ford becoming the second carmaker to open a production plant locally, in Southern Romania, in Craiova. Renault has continued to invest in developing the Dacia production infrastructure in Mioveni. The giant carmakers have attracted a series of smaller component manufacturers that provide everything from car seats to tires and wiring.

Real estate, or how the mighty have fallen

Nowhere were the effects of the crisis more drastic than in the real estate sector. Back in 2007 it attracted a record level of some EUR 1.6 billion in investments, developers were boasting gargantuan investment plans and many players behaved as if real estate prices were on a one-way street.

The sector attracted some EUR 1.1 billion the following year only to freeze in 2009 and register EUR 203 million in investments, according to CBRE.

The situation has improved since then, but while everyone admits that be it retail, residential, office or logistics, there still is plenty of room for growth, lack of cash on both sides remains the chief sticking point.

Advertising spending has plunged over the past five years.

While in 2008, total advertising spending stood at EUR 540 million, by 2012 its estimated value reached EUR 303 million.

Television continues to gross the highest revenues, though it has lost some of its might, falling from EUR 337 million in 2008 to an estimated EUR 290 million in 2012.

Internet advertising spending posted the most spectacular growth of all the domains, hiking to an estimated EUR 41 million in 2012.

Print, radio and outdoor advertising outlay were the hardest hit.

Print advertising revenues dropped to a quarter of the 2008 value, from EUR 82 million to an estimated EUR 23 million in 2012.

Print media is moving more and more into the red due to declining sales.

Radio advertising fell from EUR 35 million in 2008 to EUR 19 million. Last but not least, outdoor fell from EUR 70 million to EUR 30 million, according to the Media Fact Book by Initiative.

According to a survey which monitored investments in advertising, carried out by BRAT, the print publications that attracted highest advertising revenues in 2012 were Ziarul Financiar, Gazeta Sporturilor and the national edition of Adevarul.

The most successful radio stations advertising-wise were Kiss FM, Radio ZU and Europa FM. The websites that had the most advertising in 2012 were Libertatea.ro, Cancan.ro and Antena3.ro.