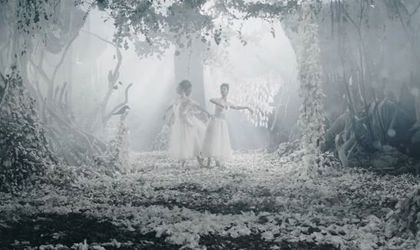 The Cultural Night with start with Alternate Shakespeare, a play staged in the Mark Twain amphitheater by the students in ALSL (Association of Foreign Languages Students). Afterwards, in the same amphitheater, the teachers at the English Department will present the United Kingdom’s and Ireland’s history and culture. After midnight, the Faculty staff invites you to a special treasure hunt with prizes, customized for lovers of myth, legend and horror stories. For the music lovers, there will be a karaoke contest with English and Irish famous songs.

On March 29, between 20.30 and 21.30, you can celebrate Earth Hour by shutting off all the lights. If you don’t wish to be alone in celebrating Planet Earth, you are invited to a special event hosted by Journey Pub.

The festival brings audiences both independent, small-budget productions and more prominent films awarded at major international festivals. It will open with Oscar winner La Grande Bellezza (reviewed on page XX), which premiered at the 2013 Cannes Film Festival where it was screened in competition for the Palme d’Or. Read more…

Polish Dance Days at the National Center of Dance CNDB

Every night between March 30 and April 11, the Bucharest audience is welcomed to make acquiantance with the most renowend Polish dancers active today, but also with legends of choreography such as Vaslav Nijinsky and Henryk Tomaszewski.

About Last Night
Director: Steve Pink
Starring: Kevin Hart, Michael Ealy, Regina Hall
Synopsis: Follow two couples as they journey from the bar to the bedroom and are eventually put to the test in the real world.

The Great Beauty
Director: Paolo Sorrentino
Starring: Toni Servillo, Carlo Verdone, Sabrina Ferilli
Synopsis: Jep Gambardella has seduced his way through the lavish nightlife of Rome for decades, but after his 65th birthday and a shock from the past, Jep looks past the nightclubs and parties to find a timeless landscape of absurd, exquisite beauty.

The Pirate Fairy
Director: Peggy Holmes
Starring: Mae Whitman, Christina Hendricks, Tom Hiddleston
Synopsis: When a misunderstood dust-keeper fairy named Zarina steals Pixie Hollow’s all-important Blue Pixie Dust, and flies away to join forces with the pirates of Skull Rock, Tinker Bell and her fairy friends must embark on the adventure of a lifetime to return it to its rightful place. However, in the midst of their pursuit of Zarina, Tink’s world is turned upside down.

Tarzan
Director: Reinhard Klooss
Starring: Kellan Lutz, Jaime Ray Newman, Robert Capron
Synopsis: Tarzan and Jane Porter face a mercenary army dispatched by the evil CEO of Greystoke Energies, a man who took over the company from Tarzan’s parents, after they died in a plane crash.