What the EC recommends Romania to ensure the rule of law 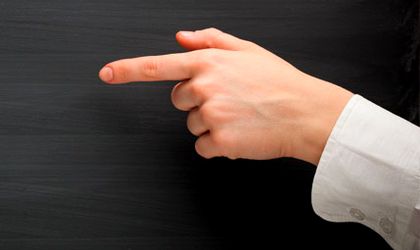 The European Commission (EC) has recommended a series of “urgent steps” to the Romanian government and key institutions, according to the draft of a EC report, quoted by Mediafax newswire.

Thus, to make sure state principles and the independence of the justice system are respected, the EC recommends Romania to take the following steps:

• Adopt and publish immediately an emergency ordinance that should annul Emergency Ordinance nr. 38/2012, which modifies the law about the organization and functioning of the Constitutional

• Adopt immediately and publish an emergency ordinance that should annul Emergency Ordinance nr. . 41/2012, regarding the modification of the referendum law

• Make sure all the laws are published in the Official Gazette, including the decision of the Constitutional Court

• Introduce a transparent process for nominating the prosecutor general and the chief prosecutor of the National Anti-corruption Direction. No appointment should be made during the current presidency.

• No pardoning should take place during the current presidency

• Adopt clear procedures regarding the resignation of members of parliament , with final decisions regarding the incompatibility and conflicts of interest as well as final sentences passed for high-level corruption