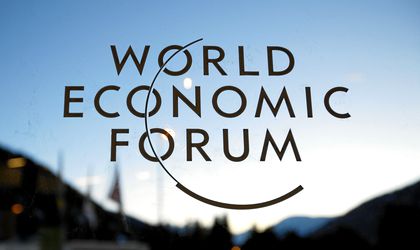 Enel CEO and general manager Francesco Starace has been appointed co-chair of the World Economic Forum’s (WEF) Energy Utilities and Energy Technologies Communities at the 46th annual meeting of WEF in Davos-Klosters, Switzerland, an Enel press release announces. Mr Starace has been appointed alongside Schneider Electric CEO and chairman Jean-Pascal Tricoire as the other co-chair of the Community.

Over 2,500 leaders from business, government, international organisations, civil society, academia, media and the arts are participating at the 46th annual meeting of WEF between January 20th and 23rd. The theme of the meeting is “Mastering the Fourth Industrial Revolution”.

“To be appointed co-chair of a World Economic Forum Energy Utilities community is an honour for me,” commented Enel Group CEO Francesco Starace after the announcement. “The community’s work programme for 2016 will focus on the key changes shaping the power industry, including electrification, decentralisation and digitalisation across the value chain. These three main topics are causing deep changes to the electricity sector as the fourth industrial revolution brings about technological advances at a pace that we have never seen before. Through our programme we want to raise awareness of the impact that digitalisation and decentralisation are having on electricity infrastructure, as the progressive decarbonisation evolution is carried out and provide policy makers with recommendations that enable them to adapt their electricity systems to these changes and not be left behind.”

Communities of industry leaders, or “Governors”, were formed by WEF in order to provide informal platforms for debate on global strategic issues of common concern to each industry. The co-chairs, as leaders of the community, will identify themes and issues important to that community and guide it towards their resolution, increasing interaction between community members, and acting as the community “ambassador” by reaching out beyond the forum’s current membership. The co-chairs will also lead the steering committee, the electricity industry’s decision-making WEF authority that meets four times a year.

The Fourth Industrial Revolution, which is being tackled at Davos, will significantly change the way people live, work, and relate to one another. This transformation will be unlike anything experienced before and the response must be integrated and comprehensive, involving all stakeholders, from the public and private sectors to academia and civil society. Earlier industrial revolutions advanced human progress through new forms of power generation, mass production and information processing. Building on a ubiquitous and mobile internet, smaller, cheaper and more powerful sensors, as well as artificial intelligence and machine learning, the fourth industrial revolution is distinct in the speed, scale and force at which it transforms entire systems of production, distribution, consumption – and possibly the very essence of human nature.

The Enel Group is a member of the World Economic Forum and also holds the status of “Industry Partner”. Industry partners are those members of the Davos Forum that are actively involved in the Forum’s mission at the industry level.