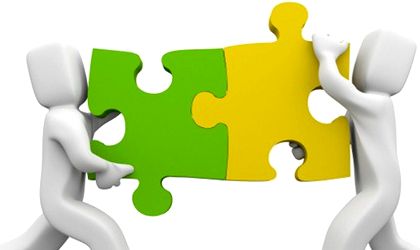 The merger of Volksbank Romania (VBRO) and Banca Transilvania (BT) has entered the final phase which will be rolled out until year-end, BT representatives have announced. Main topics for this period are related to the customer experience, including: data migration simulations, consistent communication, launching welcoming products and services packages and the joint network and team preparation.

“I would like to thank the shareholders, on behalf of the Board of Directors, for the trust shown by approving the merger of Volksbank Romania with Banca Transilvania. We would also like to thank the management of the two banks and the mixed team directly involved in the integration phase for their efforts throughout this period. We respect the commitments made during the announcement of the acquisition, we continue to have a responsible approach, and we rely on the strengths of BT and VBRO in order to become the best bank for clients,” Horia Ciorcila, chairman of Banca Transilvania’s board of directors said.

The integration of Volksbank Romania into Banca Transilvania began in April this year and will end on December 31, so far all the steps having met within the scheduled time limits. The program is organized on 25 projects in key areas, with mixed teams consisting of employees from BT and VBRO.

To date, more than 83 percent (14,700 of the eligible clients), having a CHF denominated loan with Volksbank Romania have accepted the conversion offer, thus becoming BT clients. More than 15,000 VB clients received a rebate as part of the debt rebate solution for current loans of VB retail clients, the total rebate level amounting to RON 290 million (EUR 65.7 million).

BT’s activity is organized on 3 main business lines: Corporate, SME and Retail. The company has over 6,000 employees, a network of around 550 units and 1.92 million active clients. The bank’s strategy is supported by international shareholders, such as the European Bank for Reconstruction and Development (EBRD) and IFC – World Bank Group.