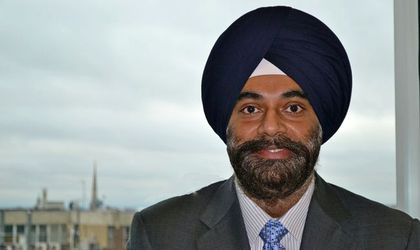 A new director has been chosen for Vodafone Romania, replacing Inaki Berroeta who took over Vodafone Australia as announced on March 1. The CEO of Vodafone Partner Markets, Indian Ravinder Takkar (45 years), will be the new head of the telecom company’s Romanian subsidiary starting May 1.

“Takkar has filled the general director position at Vodafone Partner Markets since January 2012 until now. He’s made serious contributions to the expansion of our business by extending Vodafone’s presence and adding new partners such as: Zain Group (Kuweit, Bahrein, Jordan, Saudi Arabia and Irak), Plus GSM (Poland), Vodafone Brasil, FarEasTone (Taiwan) and Vinaphone (Vietnam)” according to the Vodafone Romania Press Release.

Takkar is an American citizen of Indian origin and he is an IT graduate from the Loyola Marymount University in Los Angeles. He will move to Romania together with his family, according to the telecom provider.

Takkar joined Vodafone in 1994 and has worked in many executive positions, both in Vodafone Group and in other joint venture type companies. He’s a memeber of the Vodafone India directorate.

“By May 1, when Takkar will join the Romanian team, Giovanni Giarelli will fill in for him as interim general director of Vodafone Romania. Chiarelli remains the technical director, a position that he’s been in since 2012”, according to the release.