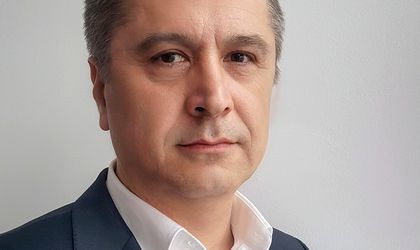 Telecom operator Vodafone Romania announces that Catalin Buliga (in picture), currently Head of Fixed Access Network within the company, will be promoted to the role of Technology Director, effective May 1st, 2016.  Buliga will also join the executive management team, effective this date.

He replaces Giovanni Chiarelli, who will be promoted to the role of Technology Director at Vodafone Spain, effective May 1st.

Chiarelli  joined Vodafone Romania in July 2012 and has been instrumental in building and launching Supernet 4G, which then achieved two consecutive Best in Test network certifications for voice and data from P3 Communications.

He is a highly experienced telecom professional, returning to Vodafone Romania, where he was employed within leading Technology positions for 10 years, until 2008. Since then, he has been holding leadership positions within UPC for seven years, including CTO at UPC Romania and UPC Hungary.

Catalin Buliga has graduated the Technical University Gheorghe Asachi in Iasi, Romania, in 1995.