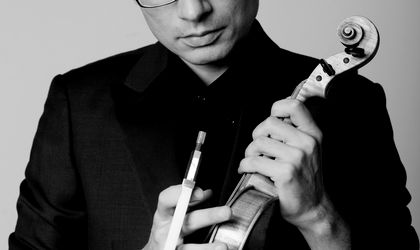 Under the wand of Madalin Voicu and together with the National Radio Orchestra, acclaimed violinist Alexandru Tomescu invites the public to a Mozart / Beethoven concert, on Friday, January 22.

The event at the Radio Hall opens with the famous overture The Marriage of Figaro, the comic opera in four acts composed by Mozart, which premiered in Vienna in 1786. The libretto is based on the popular play of the same name signed by Beaumarchais. Also, Concerto no. 3 in G major for violin and orchestra, composed by the brilliant Amadeus at only 19 years old will be part of the program. The evening will conclude with the Fourth Symphony in B flat major, one of the nine Beethoven symphonies created.