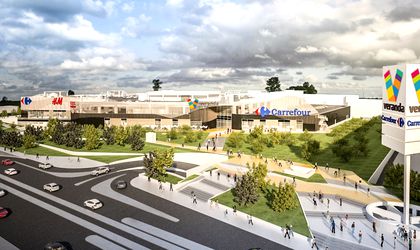 The Veranda shopping center, in the Obor area of Bucharest, signed a EUR 25.5 million financing deal with Raiffeisen Bank SA and Raiffeisen Bank International AG for the development of the project in the next period of time, according to a company press release.

The loan deal for Veranda was finalized in February 2016, with the purpose of partial financing of the total costs for the project’s development and, according to the agreement, the deal offers the possibility to increase the financing up to EUR 28.5 million. The total investment the project will benefit from is of EUR 60 million.

The Veranda shopping center is being developed by Prodplast Imobiliare in the Obor area and 70 percent of it is currently occupied. The total leasable area of the project is of almost 30,000 square meters, with the main attraction points being the Carrefour hypermarket (approx. 10,000 square meters) and the H&M store (over 2,000 square meters), together with another 100 stores, a restaurant area, a 1,200 spots parking lot and green space of over 15,000 square meters.

The project, which will be delivered in the fourth quarter of this year, will be organized on two floors and its structure will allow for further expansions in the future. At the moment, the building’s foundation was finalized and work is being done to the supporting structure, according to the company press release.

The Veranda owners were represented by PeliFilip and Freshfields Bruckhaus Deringer law firms, while the financing banks by lawyers from CMS Cameron McKenna.