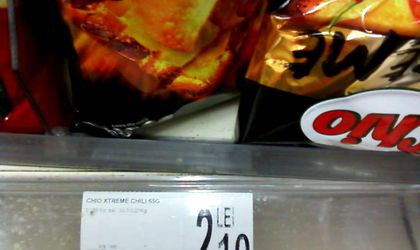 The Association of Big Commercial Networks in Romania (AMRCR) assures consumers that the government’s recent measure to cut VAT on foodstuffs from 24 percent to 9 percent will be fully reflected in shelf prices. According to a press release, AMRCR also hopes that the VAT cut will be applied as soon as possible also for other products.

According to AMRCR, the government’s measure will have much more positive results than forecasted by financial analysts.

Moreover, AMRCR members say they will try to collaborate mainly with those producers who understood the importance of applying these measures for the final consumer and show that those not lowering the VAT rate will exclude themselves from the market.

Besides AMRCR, visiting European Commission vice-president for the Euro and Social dialogue Valdis Dombrovskis also made comments on Wednesday, at the Victoria Palace of Government, having said that he laid out to premier Victor Ponta a series of concerns over the Government’s plans to amend the Tax Code and substantially cut the Value Added Tax.

“I presented to premier Victor Ponta a series of concerns over the Government’s intention to amend the Tax Code and substantially reduce the VAT. In the Commission’s opinion, this measure will have a significant negative fiscal effect. Also, the measure is not in line with the Commission’s general recommendation regarding the tax policy. Our recommendation is to pursue easing the tax burden on labor and particularly on poorly paid labor, and not targeting taxes with a direct impact on economic growth and consumption,” said Dombrovskis.