US senators address fracking concerns in Romania: “Look at what Putin did in Crimeea” 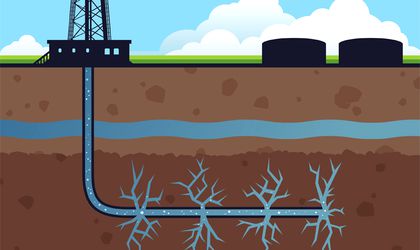 American senators John McCain, Ron Johnson and Christopher Murphy said Sunday in an interview for gandul.info that shale gas exploitation is a viable solution for Romania’s energy independence from Russia.

The three US senators included Bucharest on the agenda of their tour in Central and Southeastern Europe following an invitation to John McCain launched by Foreign Affairs Minister Titus Corlatean on their meeting during the latter’s visit to the United States in April. McCain (Republican, Arizona), Johnson (Republican, Wisconsin) and Murphy (Democrat, Connecticut) are members of the United States Senate Committee on Foreign Relations.

Asked by Florin Negrutiu, Gandul editor-in-chief, if there are any short-term solutions to solving the issue of Europe being dependent on Russian energy, Ron Johnson said:

“We’re currently having a huge energy revolution in the United States as a result of hydraulic fracturing. You have energy resources in Europe and that also would be very helpful if you could tap into that as well”.

Asked would they explain the benefits of fracking to the Romanian people that have environmental concerns, the senators believe it’s important to look at the bigger picture.

“Take a look at what Vladimir Putin did in Crimeea, what he is doing to destabilize Eastern Ukraine, what he is threatening to do in Transnistria. Take a look at at the geopolitical problems by not being energy independent. And and then measure that or offset that by what we can do in an environmentally safe manner in terms of utilizing your own energy resources. You have to counterbalance those objective”, according to Ron Johnson.

“It is not an all or nothing issue. There is an ongoing debate in USA on how we do fracking and I think it’s very appropriate to limit the techniques and the kinds of chemicals used, to suggest that there are certain areas that should be off limits. There’s a very reasonable conversation that we can have about this technology”, Christopher Murphy added.

On Sunday, Chamber of Deputies Chairman Valeriu Zgonea welcomed the three senators at the Parliament Palace. During the talks with his American guests, Zgonea underlined the importance of the acceleration of the US visa waiver for Romanias.

‘Romanian citizens earned their right to be considered trusted friends of the United States, and to enter the Visa Waiver programme. We want Romania included in this programme as soon as possible, and the legislative initiatives currently promoted in the US Congress entitle us to hope that we shall reach this objective in the near future,’ the Romanian official declared.

He pointed out the benefits of in-depth dialogue with the US in the energy sector, promoting inter-regional energy projects ‘to connect this area to alternative gas reserves and to help the energy independence in our region.’