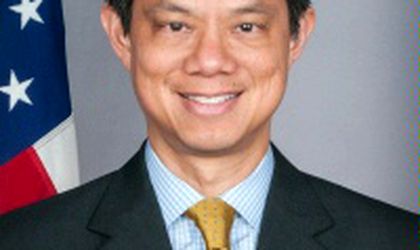 Hoyt Yee, the US deputy assistant secretary, pointed out that the lack of proper consultation by the government in drawing up bills that it then quickly approves harms businesses and reduces Romania’s attractiveness for foreign investors.

Yee said Monday during a seminar on regulatory impact assessment that sudden changes in “the rules of the games” can harm some businesses while favoring others, thus creating an unlevel playing field, which could be avoided by “serious businesses.”

The seminar was organized by the US Embassy and the Government of Romania, in partnership with the Parliament, business advocacy group AmCham Romania and the American-Romanian Business Council.

“A case in point is the use of emergency measures that bypass public scrutiny and the assessment process – they create uncertainty, undercut accountability, scare off foreign investment, and hinder economic growth,” said the US official in a speech at the seminar, which was also attended by Romanian Prime Minister Victor Ponta.

“Romania has passed a number of laws without first conducting comprehensive impact assessment, e.g. the audio visual law. The law has a market distorting effect, giving an upper hand to larger broadcasters in negotiating with advertisers while adversely affecting smaller firms,” he added.

Yee suggested that such “discriminatory measures” could contribute to the perception of corruption and diminish the country’s competitiveness.

Romania has dropped three positions in Transparency International’s Corruption Perception Index to 69 in 2013. In the competitiveness ranking of the World Economic Forum, Romania jumped from 76 to 59 this year, but still behind emerging countries such as Brazil, South Africa and Russia.

Romania is already grappling with a reduction of foreign direct investments (FDI), which fell 10.9 percent to EUR 1.19 billion in the first semester compared to the same period of last year, according to data by the National Bank of Romania (BNR). Economists predict FDI to Romania could stay in the EUR 2-3 billion band in the years to come.

Legal Op-Ed | Filip & Company: Developments Regarding the Sale of Goods and...