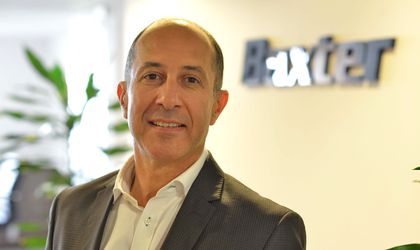 Ivan Tomov, Country Managing Director of Baxter Romania & Bulgaria said today the recent initiative of the Ministry of Health on 40% budget increase for hemophilia and thalassemia treatments, and the introduction, for the first time, of the prophylactic treatment programs for children represent a great achievement, raising the quota from below one unit per capita to 1.5 unit.

The US-based healthcare company is the world market leader in the treatment of hemophilia patients, with a legacy built over 80 years.

“For each hemophilia patient we should have a personalized treatment, and here we can have a major contribution through our expertise and know-how for both physicians and authorities”, added Tomov.

“We believe the moment we became operational is a favorable one, both in terms of economy and business environment,” he commented.

Baxter products have been sold in Romania since 2003, through various distributors, with a turnover of seven million USD. For the year of 2014, Tomov estimates a turnover of over 10 million USD generated from the activities on the Romanian market and future investments of around 1 million USD.

Baxter has 61,500 employees worldwide, manufactures in 27 countries and sells them in more than 100.