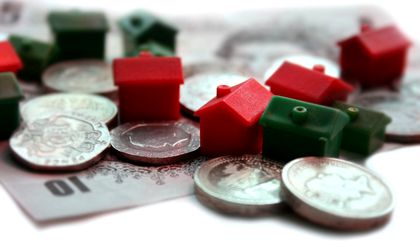 The highly controversial passing to pay bill is nearing its final vote, as an updated version will reach the Legal Commission next Thursday, according to its initiators, as quoted by hotnews.ro.

Changes to the initial form include a credit threshold of EUR 250,000 and the specific exclusion of the Prima Casa program from the law. Initiators, who are from the Social Democratic Party (PSD), also support the bill being applied to those who took personal loans with mortgage in order to purchase, construct or fit real estate for housing or acquisition of land for the construction of a house and also to people those who have already been foreclosed, by stopping the income seizure.

After next week’s debate, the final vote on the law will come on Aril 6, by the Chamber of Deputies.

At the same time, Bogdan Olteanu, vice-governor of the National Bank of Romania (BNR), stated during a press conference that the Prima Casa program could disappear, “depending on what the vote results in”. He stated that an optional mechanism could be put in place, through which “the citizen can opt for the giving in payment and takes on a larger down payment or they can opt for a credit without giving in payment and waive a right – that works in the civil matters – and then go for a smaller down payment,” Olteanu was quoted as saying by Mediafax.

If this mechanism is not inserted into the bill, the foreseeable outcome will be a hike in advances for all banks, while another consequence will most likely be an increase in financing costs. “Usually losses in the private sector are undertaken, ultimately, by the public sector. That can be clearly seen in history,” the BNR representative stated, referring to the consequences related to Romania’s credibility in international markets.

“Basically, the decrease in Romania’s rating is not a matter of ego or national pride. It’s a matter of money. It will be reflected in increased costs for interest that Romania pays for its external debts, and while in past years we have saved for Romania tens of millions of euros through lower interest rates due to trust that we managed to build, if interest rates increase the state budget may suffer. It’s a game where you can not only choose the good,” he explained.

Asked what would happen if the Prima Casa program will fall under the passing to pay law, Olteanu said that it would become voidable.