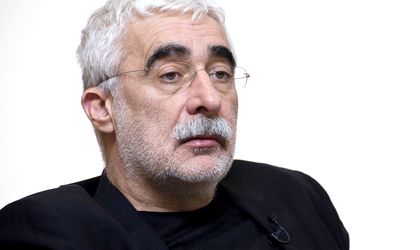 UPDATE: Adrian Sarbu, main shareholder in Mediafax Group, was placed under arrest by the Bucharest Court Of Appeal, under the charges of tax fraud, money laundering and instigation to embezzlement.

Adrian Sârbu was initially detained on Monday evening for 24 hours by the Prosecutor’s Office under the jurisdiction of the High Court of Justice. He is accused of money laundering, embezzlement and tax fraud.

Sârbu told the journalists the sole purpose of this file is to destroy the media institutions that he has built over the past 25 years.

“The Mediafax- Adrian Sârbu file, fabricated at the order of Ponta-Ghita and their acolytes is meant to destroy Mediafax, Gandul, Ziarul Financiar, the media institutions I have built over the past 25 years which I have maintained politically independent,” he said in an official statement published by Mediafax newswire.

In the Mediafax file, three people were taken into custody on December 12.

According to the Prosecutor’s Office, quoted by Paginademedia.ro, “in a decision issued on April 23, 2013, Mediafax Group was granted permission to pay its taxes amounting to RON 3,949,358 over a period of 24 months. The mentioned company, its representatives as well as people from law firms involved in attesting the legality of the documents of this company set up a scheme to avoid the payment of taxes, which included creating dummy companies on the name of people who lacked financial means, profiting from their situation, and these companies were dragged into this commercial circuit.”

In this way, Mediafax Group was protected and the responsibility for paying the taxes was transferred to these other companies. Against these companies, measures were taken to block their accounts for not paying the taxes, but these procedures were useless because they did not own any assets that could be seized to pay the taxes, said prosecutors.

“This scenario that prosecutors, the inspectors of the General Direction Against Fiscal Fraud (DGAF), the National Agency for Fiscal Administration (ANAF) and the police are following is meant to prosecute people from the management of my companies under unproven charges, to arrest and force them under blackmail to denounce me as Romania’s great instigator to fiscal evasion and money laundering, as Ponta indicated during his public speeches one year ago,” said Sarbu.

He also said this is a “typical state terrorism act against media institutions which will be forced to close down or sell towards groups with various political interests, a case which is presented to the public as a glorious action against tax evasion and money laundering.”

Sârbu said that at the moment his main preoccupation is to maintain Mediafax active and ensure “decent working conditions for the people who are under an unjust financial and psychological pressure in this repressive campaign.”