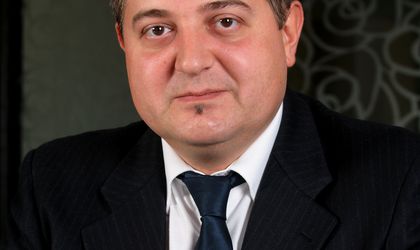 The series of protests against the fine levied by the Competition Council (CC) against 11 media agencies in Romania continue.

Initiative and Brand Programming Network have sent an official viewpoint regarding this decision, via Octavian Popescu (in picture), Initiative vice-president.

“Initiative and Brand Programming Network (BPN) are rejecting the CC decision, which, in spite of the factual, logical and unequivocal argumentation offered by all 11 companies, and based on a report that is questionable, subjective and lacking essence, incriminates media agencies for breaking competition rights through the intention to eliminate a competitor from the media market. The decision of the CC is all the more surprising since there is no proof regarding the breaking of the competition law through the actions of the 11 agencies who were penalized. It is sad to see that the theoretically objective state institutions have taken the side of those who believe can influence them.

We believe the decision of the Competition Council is unjust and marks an unhappy episode in the evolution of the media business in Romania, already affected by a political decision adopted in emergency regime in 2013 without taking into account the opinion of professional organizations in this field or of the international practice.

(…) We are prepared to continue the steps against the Competition Council decision and to fight for exposing and counteracting unethical practices, an attitude which is shared by all important actors on the media market, to the benefit of transparency and a fair competition business climate,” goes the official position of Initiative and BPN.

Last week, the Union of Advertising Agencies in Romania (UAPR) says that it “definitely rejects” the decision of the Competition Council regarding the investigation in the media industry, saying that the agencies will appeal against the decision in court.

This week, Romania’s Competition Authority has fined 11 companies in the Romanian media industry a total EUR 3.2 million for arrangements targeting to eliminate competing agencies on the media communication services market.

The official position of the UAPR is that fair competition was not breached in this case. “Everywhere in the world, the economic actors fined by the competition law have economic interests and commercial forms of manifestation. Discussions among media agencies that the Competition Council has fined today were not motivated by any type of economic interests and no commercial component. For still unclear reasons, the Council has taken the side of those who have introduced non-ethical practices on the Romanian media market, in this way vouching for a totally questionable way of doing business,” according to UAPR

Radu Florescu, president of the UAPR, said the Union is rejecting the decision of the Competition Council in court.

“We will appeal vehemently in court against the illegal ways of the Council to prevent our right of acces to documents and defense. At the same time, we will use all legal means to draw attention to the errors of professional judgement and procedure committed by the Competition Council in this case and other national and international organisms (such as the European Commission, the commercial department of the United States Embassy in Bucharest and the European Association of Communication Agencies), which have followed the case from the very beginning. Unfortunately, the Competition Council’s actions are detrimental to the ethics and standards of some of the largest international media groups that have operations in Romania,” said Florescu.

Iordache, who is also UAPR vice-president, also said the UAPR will end the current collaboration with the Competition Council, which was meant to establish a series of principles that would ensure transparency on the market.

“From the observations of the Competition Council regarding the Pitch Guide and the Code of Ethics which we have sent for analysis, we understand that this institution is still far from having understood the basic principles governing the media market at European and national level. For this reason, we will cease the collaboration with the competition authority, “meant to elaborate a set of principles that will ensure transparency and professionalism on this market,” according to Iordache, quoted by Paginademedia.ro.

Bogdan Enoiu, head of McCann Erickson, the agency which received the worst blow, said for Hotnews.ro that “this is an unfair decision that we will appeal against and we will fight forever. “It’s like in Afghanistan where, during peace negotiations between the Talibans and the Americans, the head of the Talibans said: ‘Americans, you have the watches, we have the time,” said Enoiu.