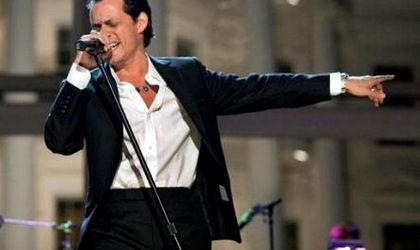 American singer Marc Anthony has canceled his concert planned for Romania in May this year, and postponed it for March 2015, according to iconcert.ro. In fact, Anthony canceled his whole European tour, and the concerts scheduled for Moscow, Kiev, Istanbul and Bucharest were postponed. The decision came as a result of the developments in Ukraine.

The concert in Romania has been rescheduled for March 31, 2015, and tickets bought for the May 19, 2014 concert will still be valid for the 2015 gig. Those who decide to hold on to their concert tickets will get a bonus meeting with Marc Anthony at an after party in a Bucharest club.

Those who choose to get a refund need to contact the Vreau Bilet ticketing agency, at the sales point in the Unirea Shopping Center on the second floor, starting March 31, 2014.