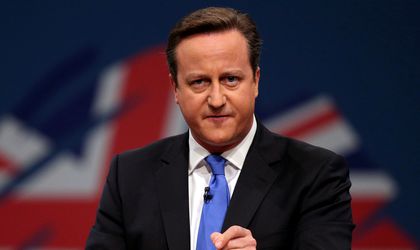 Great Britain prime minister David Cameron announced a list would be sent sometimes during this week to European Union partners, launching a formal negotiation of the country’s member status, Reuters informs. Romania could be directly in view in one of the demands concerning welfare.

The UK is set to have an “in-out” referendum considering a so-called Brexit by the end of 2017, and Cameron hopes to obtain a vote that keeps the country in the union if he secures the demands UK will send to the president of the European Council on Tuesday, according to BBC.

Some of Britain’s points of negotiation concern the following:

These points all lead to an even more detached membership of the country, Reuters shows, and offers no guarantees that the UK won’t want a new negotiation in a few years, since this is the third the country’s asked for since joining the bloc in 1973.

According to BBC, about 40 percent of the British public voted for the Brexit in the latest opinion polls, arguing that the EU is holding UK back, imposing too many rules and charging too many membership fees annually for too little in return.