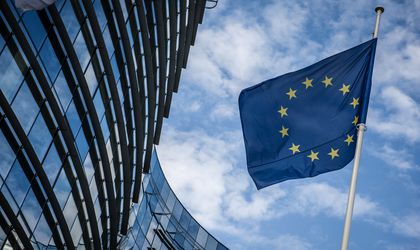 In an effort to avoid Britain leaving the European Union, European Council president Donald Tusk unveiled a series of proposals after a meeting with British prime minister David Cameron on Tuesday, one of them being the four-year “emergency break” option on welfare payments for EU migrant workers, which has raised concerns among member states.

The most problematic provision of the draft document that still needs to be approved by the other EU members before it comes into effect, is the “emergency break” mechanism that would be applied to EU migrant benefits. Tusk’s proposal would give any EU member state the ability to “limit the welfare payments migrants from other European countries can claim for up to four years after their arrival,” states AFP. A state wanting to make use of the mechanism would have to prove that their welfare and public services systems are overwhelmed, thus getting approval from the European Commission and then from other bloc leaders in a majority vote, further adds AFP.

In-work benefits would “be gradually restored for the longer a citizen of another EU country stays in the UK” and EU migrants would still be able to send child benefits back home, “but would get a lower level if the cost of living in the country where the child is, is lower”, says the BBC.

The proposal has, so far, garnered mixed reactions from most member states affected by this, but Romanian officials remain silent on the topic. Tomas Prouza, the Czech Europe minister, twitted that a “safeguard mechanism is acceptable”, while also maintaining that the length of time such a measure could stay in force for might be problematic. Furthermore, despite the Czech Republic’s tentative thumbs-up, Konrad Szymanski, the Polish Europe minister, described the planned four-year ban on in-work benefits as “discrimination”, according to Politico. “We understand British concerns. They have the right to shape their labor market. The issue is discrimination,” he further added.

Both the Lithuanian and Hungarian foreign ministers also echoed fears of possible discrimination, with Hungarian prime minister Viktor Orban saying last month during a visit by Cameron that the “emergency break” would “also affect the many Eastern Europeans who have moved to Britain in recent years”, according to the Washington Post.

Germany’s chancellor Angela Merkel’s office did not issue any immediate comments regarding the draft deal, but Norbert Rottgen, chairman of the German parliament’s foreign affairs committee, called the proposal a “good and fair compromise”, saying that “it is pleasing to see that Britain has found a creative solution that addresses its concerns but doesn’t question the fundamental principles of free movement”, as cited by the Guardian.

Fears from the country regarding British securing of special blocking rights over financial regulations were also assuaged through the “red card” introduced by the draft proposal. This would require “as much as 55 percent support from parliaments across the bloc”, making it “a threat the German government appears happy to live with”, adds the Guardian.

France expressed concerns over the fact that Tusk’s proposal also includes a mechanism by which the non-Eurozone EU members can “raise concerns about decisions by the Eurozone”, but the EC president “stressed that the mechanism could not delay or veto urgent decisions by the 19 countries in the euro”, says AFP. The new EU-UK deal would also allow the latter to be exempt from the EU’s stated goal of “ever closer union”, including staying out of the euro and the passport-free Schengen area, further adds the French news agency.

Up until this hour, Romania has not expressed an official position on the matter. During Cameron’s official visit to Bucharest back in December, during which the British PM brought up the issue of EU migrants but stated that he wasn’t opposed to the freedom of movement principle, Romanian president Klaus Iohannis said that “in our opinion, Great Britain’s place is clearly in European family. The EU is stronger with Great Britain in it and Great Britain is stronger in the EU.”