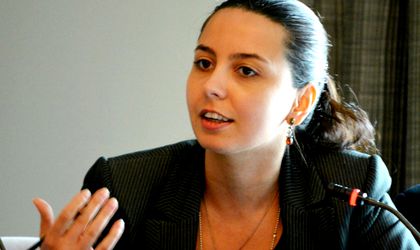 Nicoleta Bitu was also honored on Thursday evening for her work on behalf of Roma and Romani women and for over 20 years of unrelenting activism, which has contributed to a breakthrough in Romani women inclusion.

Rodica Mihaila was also recognized as a courageous pioneer in educational reform. She has been a strong voice in the fight to improve education.  “And, we will recognize Dr. Carmen Ungurean.  As you’ll hear, Dr. Ungurean is a brave, direct, and outspoken advocate for women’s health; this evening we honor her for her unfaltering courage in bringing difficult issues to the forefront of our discussions,” also reads the press release issued by the U.S. Embassy in Bucharest on the occasion of the 2015 Women of Courage Awards.

Laura Stefan is an expert on anti-corruption and rule of law and a brave advocate for rule of law, judicial reform, and human rights.  Even when facing personal insults and threats, she tirelessly lobbies on behalf of these issues, and the NGO for which she works, Expert Forum, is a model for civil society in Romania, according to the quoted source.