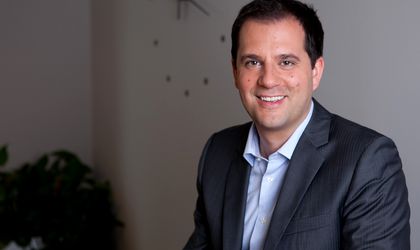 From 2008 until now, how much progress has Turner made with its channels in Romania?

Turner channels have been very successful with the Romanian market, especially our two kids’ TV channels which enjoy good ratings and have a solid market position. Cartoon Network is the number two most viewed kids channel in the market and the number one among boys, with ratings growing steadily over the last two years. Earlier this year we introduced a new look for the Boomerang channel, and from March onwards, the channel has seen a significant increase in share of viewing. Also, research shows that our kids’ channels enjoy an almost absolute market awareness in Romania: Cartoon Network is known by 97% and Boomerang by 95% of kids aged 6-14, according to our Brand Tracker study completed in early 2015.

On the general entertainment side, TCM has been a valued source of classic film entertainment in Romania for years and, with the introduction of more contemporary movie titles on TNT, we expect to reach an even wider base of film fans.

Why the rebranding of TCM into TNT at this moment in Romania?

TCM has been present in Romania for over a decade and has built up a loyal audience. The channel has evolved over the years from a decidedly classic movie brand towards a more contemporary offering. The rebrand into TNT is the next step in this transition. TNT, with its mix of award-winning films and blockbusters, and brand new original series, is a more suitable offer for the needs of the modern TV viewers in Romania.

TNT channel brands have been successful not only in the US, where TNT reaches 101 million households and ranks among cable’s top networks, but also in many international markets such as Latin America, Germany and Spain. We are confident that the new TNT will please the existing TCM viewers and reach an even wider mainstream audience in Romania.

What will the new TNT channel have in store for the Romanian public? What are the headlines for this season?

TNT will surprise Romanian viewers with a mix of well-known and loved movie hits as well as market premieres of brand new action-packed series, produced by the TNT Studios in the US. Research shows that there’s an appetite in the Romanian market for this unique content offer.

The first premiere on the channel will be The Last Ship, produced by Michael Bay and starring Eric Dane (Grey’s Anatomy) and Rhona Mitra (Shooter). This show has been very successful so far. In the US, it ranked #2 original series on basic cable in its timeslot (among audiences P2+, P18-49, and P25-54) and it was among the top 5 scripted dramas this summer. The show has also just been renewed for a third season.

Another premiere coming to TNT is Murder in the First, a high-octane detective drama from Emmy award-winning show-runner Steven Bochco starring Taye Diggs (Chicago) and Kathleen Robertson (Bates Motel). This is another big hit for TNT. In the US it ranked as the no. 1 original series on basic cable in its timeslot among P2+ and the no. 1 and no. 2 scripted series among P25-54 and P18-49 respectively. The show has just ended its second season in the US.

More premieres will come before the end of this year. In December, TNT will show Proof, a supernatural medical drama starring Jennifer Beals (Flashdance) and produced by Kyra Sedgwick (The Closer). Another new series is Mob City, a neo-noir crime drama from renowned director Frank Darabont, whose earlier successes include The Walking Dead and movies like The Shawshank Redemption and The Green Mile.

In addition to TV premieres of brand new series, Romanian movie fans can continue to expect more of the best that Hollywood has to offer with a refreshed library of contemporary blockbusters such as The Bourne Supremacy, Hannibal and The Curious Case of Benjamin Button, public favorites like Notting Hill, The 40-Year Old Virgin and 8 Mile and award-winning films like Eyes Wide Shut, Being John Malkovich and The Big Lebowski.

Will TNT be found in the standard packages for cable TV? What about in the satellite TV packages?

TNT channel will be found in both cable TV and satellite TV standard packages of all operators on the market.