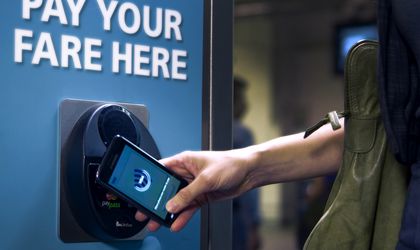 When it comes to capitalizing on mobile advertising, Romania still lags behind neighboring states, while mobile payment services, although diversifying, are still in their infancy, confined to small transactions. Pundits canvassed by Business Review comment on how international trends are being adopted in Romania.

With global shipments of smartphones at more than 1 billion units in 2013, the smartphone audience will be very heterogeneous, according to Deloitte Touche Tohmatsu Limited’s (DTTL) Technology, Media and Telecommunications (TMT) Predictions 2013 report, a briefing now on its 12th edition.

In Romania, “the volume of smartphone sales as part of total mobile phone sales will at least double in the coming year,” predicts Ahmed Hassan, managing partner, Deloitte Romania.

The battle on the smartphone front is closely related to data consumption for operators, but having a smartphone does not mean consumers will use it for this purpose.

On the contrary, Deloitte estimates that hundreds of millions of smartphone owners will likely not be on a data package. Japan is the country with the highest ratio of smartphones connected to the internet – 92 percent – while the figures in other developed markets in Europe such as the UK, France, Germany and Belgium stand at 79, 77, 72 and 64 percent respectively.

In developing markets, this ratio is bound to be lower, but this does not mean that data consumption is not gaining momentum.

In its Global Entertainment and Media outlook 2012-2016 report, PwC predicted that the mobile internet access market in Romania will grow at an annual compound rate of 10 percent over 2012-2016, from an expected USD 646 million in 2013 to USD 820 million in 2016. “This reflects very well the expected evolution pattern of mobile web content consumption in Romania,” Gabi Mustea, director, management consulting services, PwC Romania, tells BR.

According to official data provided by the Romanian telecom watchdog, the number of mobile broadband internet connections reached 6.9 million in the first half of 2012, up 63.8 percent compared to end-2011 and nearly double the figure in the same period in 2011.

This is the sign of a very dynamic market where consumption of web content from users’ mobile devices is expected to skyrocket, following international trends.

Tablet and smartphone users are likely to use their personal devices for any activity involving browsing, e-commerce, video games, gaming and social network usage, according to the Deloitte report.

Last week, Auto.ro launched in Romania the Auto.ro application powered by Vodafone, which allows Romanians to find the location of the ATMs of all banks in the country. The application works according to proximity criteria, indicating the distance and the direction to the nearest ATM.

“We started from a problem that everybody who owns a card has had: needing to find the closest ATM or an ATM of a particular bank,” says Sergiu Gamureac, managing director Auto.ro.

In October, Vodafone, in partnership with Trilulilu, launched the Zonga service, which provides access to music directly from a smartphone or PC, with no download required.

This month, Orange teamed up with Fly Taxi to launch an application that allows customers to pay their taxi fare with their smartphone.

“Last year we gave our clients the option to pay their car tax, parking fee, subway fare and for journeys to several cities via SMS. We are continuing this process with payment of the subway fare via the Fly Taxi application,” said Gabriela Voinea, senior partnership manager, Orange Romania, at the time.

“Mobile payment services are still in a very early development stage in Romania, limited mostly to payments of small sums via SMS such as local bus tickets and parking fees. This will continue growing, but at a limited pace, since local mobile phone users are rather used to small bills and cash payments,” Mustea tells BR.

“The mobile advertising market will become bi-polar with these two focus points. New forms of advertising specific to smartphones are being launched every day, while tablets may use the content created for PCs,” Hassan tells BR. 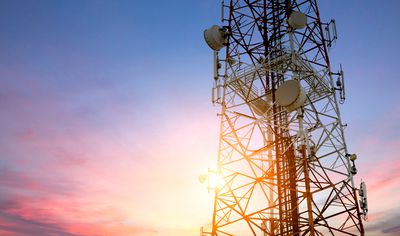 Orange representatives predict that in 2013, as last year, SMS messages will continue to make up the greatest weight in mobile advertising in Romania. “It should also be mentioned that the use of tablets and smartphones for web browsing, e-commerce, online video games and networking offers new opportunities for advertising services,” they say.

PwC has evaluated the Romanian mobile internet advertising market at USD 2 million, with a compounded annual growth rate of 35 percent through to 2016. “Worth mentioning is that the local market is significantly below the neighboring territories, such as Hungary, with USD 6 million, and Poland, with USD 30 million expected for 2013,” says Mustea.

Panos Makris, chief commercial officer of Cosmote Romania, describes the upward trend of mobile advertising as “a natural evolution,” since companies are looking for “smarter, more efficient and direct ways to get the message to the consumer, while the consumer is looking, at a fingertip distance, to access all information needed, on products, services, promotions, news and so on.”

He adds that “mobile marketing in Romania is growing in terms of used mechanisms. We are not talking exclusively about SMS campaigns, but also dedicated video content, applications, mobile websites etc,” Makris points out.

More than 200 operators in 75 countries will have launched an LTE network by the end of 2013, Deloitte predicts. About 300 LTE devices – smartphones, tablets and dongles – should be available by yearend. By the same point, LTE subscriptions will have reached 20 million, according to the auditor’s estimations. In most markets, LTE network coverage is likely to focus on cities where most calls and traffic are generated.

The operators that have already launched their LTE networks in Romania, Orange and Vodafone, have so far chosen relatively different strategies. While both cover Bucharest, Vodafone has chosen to introduce 4G to nine other cities such as Arad, Bacau, Brasov, Cluj, Constanta, Craiova, Iasi, Galati and Timisoara. Orange, on the other hand, has chosen to focus on mountain resorts in the Prahova Valley, Bran-Moieciu and Poiana Brasov regions.

“Last year, the mobile data traffic in the Orange network nearly doubled compared to the previous year, an evolution which is mainly supported by the expansion in the coverage of high-speed mobile data, the increasing number of compatible mobile phones and the ever more accessible prices. Following the provision of a superior quality of internet service via 4G technology, we believe customers’ interest in using web services on mobile phones will increase,” say Orange representatives.

It remains to be seen what strategy Cosmote, the third biggest operator, which has been vocal on its 4G launch this year, will adopt.

“Regarding 4G technology, we have successfully conducted tests and we are ready to offer this enhanced network capability. We will announce new deployments at the appropriate time. However, I have to emphasize that the full capabilities of LTE service in terms of quality and geographical availability, especially in heavily inhabited areas, will be available after ANCOM’s allocation of the new spectrum to operators – in April 2014,” says Makris.

Nevertheless, Deloitte says this will be “a year of momentum for LTE, rather than completion,” since at the end of the year, the vast majority of the 1.9 billion smartphone customers will still be using 3G and 2.5G devices.

This also applies to Romania, where operators said they would be still investing in their 3G networks, regardless of the introduction of 4G.

Cosmote launched 3G services in April 2010, and since then the operator has added new mobile phone applications, such as Dolce Mobile TV and RadarMe for online chat. “This led to a 12 percent increase in the 3G customer base and a 95 percent rise in smartphone sales at nine months into 2012 y-o-y, and a 61 percent jump in data traffic in 2012, y-o-y,” says Makris.

For Orange, investments in 3G are also on the agenda for 2013. “The Orange 3G+ network already has national coverage and the H+ network covers over 500 localities in Romania,” say Orange officials.

Just recently, the operator announced that it had introduced 4G mobile internet on the iPad and iPad mini tablets.

“This year we will continue to develop the 4G service so that it can be accessed from compatible mobile phones along with other services. From April 2014, when the frequency spectrum in 2600 MHz is available, we can offer Orange clients 4G mobile internet at its full potential,” say Orange representatives.

Quoting the Mobile Innovation forecast study published by PwC in 2012, Mustea says that 4G-enabled devices will reach critical mass – a minimum 20 percent penetration – only around 2015, ”which will be the year of real 4G services take off,” Mustea predicts.