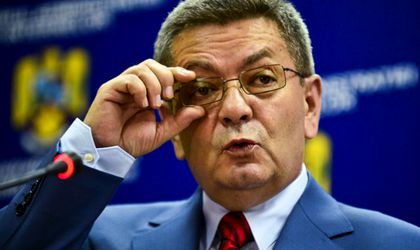 The Master Plan was discussed on Wednesday with the European Commissioner for Regional Policy Corina Cretu and a committee of the Romanian Ministry of Transportation had technical talks on this document with EC representatives last week.

Rus stated that the General Master Plan for Transportation (MPGT) was the result of consultations with EC experts throughout the drafting process. He pointed out that Romania should immediately start implementing the plan after concluding the negotiations with the Commission. Romania intends to use for the MPGT projects the expertise and funds of the European Investment Bank (EIB) and of the European Bank for Reconstruction and Development (EBRD), within the EUR 7 billion limit approved by the Government for infrastructure development, the minis-ter added. He said the idea of a triple source of financing — European funds, state budged, and EIB and EBRD funds — was inspired by the Juncker Plan, and it should result in better results of the MPGT.

The Romanian Government passed a memorandum on the MPGT on February 25 setting total financing requirements of EUR 45.45 billion until 2030 for road, railway, naval and air infrastructure.