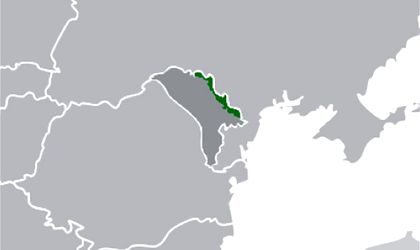 Transnistria’s parliament, which declared unilateral independence from the Republic of Moldova in 1990, adopted a decision on Wednesday to apply to Russia for recognition within the Russian federation.

A statement posted on the parliament’s official website said the decision was unanimously approved to apply to Russian President Vladimir Putin and the Russian federation.

A delegation from the “Supreme Soviet” in Tiraspol will travel to Moscow on Thursday with an afficial request for the president of the Russian Parliament, to allow Transnistria to join the Russian Federation.

The Romanian Ministry of Foreign Affairs quickly reacted, publishing its own statement on the situation. The institution “is worried about the ‘vote’ expressed on Wednesday in the so called ‘Parliament’ at Tiraspol”.

MAE supports the Moldavian Government’s stance that the decision “directly violates the proceeding to resolve the conflict and it defies Republic of Moldova’s territorial integrity”.

“Such initiatives come in direct contradiction to the fundamental principle of resolving the transnistrian issue via political procedures. (…) All the more now, in the context of the Ukrainian situation, we need from all parties a constructive approach and abstaining from unilateral actions that would imply solutions without negotiation”, according to MAE.

Minister Titus Corlatean had a conversation on the phone with his Moldavian counterpart, Natalia Gherman, but also with Didier Burkhalter, president of the Swiss Confederation. Switzerland is the 2014 president of the OSCE (Organization for Security and Co-operation in Europe), which should quickly get involved in the situation, believes Corlatean.

Traian Basescu commented on Wednesday evening that Romania will support the Moldavian Republic, but the conflict will affect the countries chances of European Integration.

“I want you to know that I’m up to date with the vote in the so called Parliament of so-called Transnistria. Romania will support till the end Republic of Moldova’s territorial integrity. If we learn anything from this is that we should do more for the people that call themselves Romanians and live in Transnistria, do more for everybody that speaks Romanian and I assure you that we will do more for them”, the president said, quoted by Mondo News.

Earlier in the day, Romania’s president said in an interview with Unimedia that the Romanian/Moldavian union is only a phonecall away, regardless who might be president. The comments were made in the context of Republic of Moldova’s road to European integration.

‘In my heart, I am a unionman. The idea of reunification can be seen as an alternative to a long road to European Integration for the Republic of Moldova. Romania is in the EU and I am telling you openly: if ever you have problems in the road to the European Union and you will find the difficulties insurmountable, all you have to do is call Bucharest and say ‘we want to unite’ and it will happen. But this must come from the Moldavian citizens, because in Romania, the pro-union sentiment is at 80 percent“, Basescu said before the announcement that Transnistria wants to join Russia.