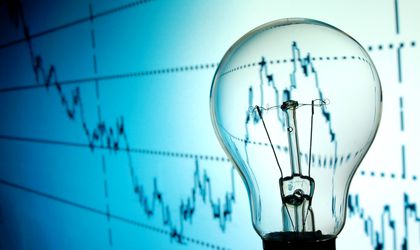 With financial expenses up 16.5 percent and financial income dropping 36 percent during the first half of the year, the net profit of the state owned national electricity carrier Transelectrica fell 7 percent to RON 210 million (EUR 47.4 million), according to company data.

Operating expenses advanced at a slightly higher rate of 10 percent, amounting to RON 1.17 billion, while financial expenses grew 16.5 percent to RON 31.8 million. Financial income declined by 36 percent to RON 30.09 million, therefore leading to a lower profit before tax against the first six months of last year, while operating profit stood slightly above.

However, the amount of electricity provided to the market increased by 3.2 percent relative to the amount charged in the same period of the previous year, to 26.27 MWh from 25.45 MWh.

Long-term liabilities decreased by approximately 9 percent in first half of 2015 from RON 1.4 billion to about RON 1.32 billion, mainly due to the repayment of principal portions from RON 792 million to RON 710 million on June 30.

Net production of energy in Romania registered growth of about 4 percent, to 27.4 TWh, supported by an advance domestic consumption and the physical cross-border trade export.

The total installed capacity in power plants in H1 was 24 582 MW, gross value.

Transelectrica has approximately 2,200 employees and is controlled by the Ministry of Economy, Trade and Tourism, which holds a 58.7 percent stake.

Transelectrica shares closed Thursday’s trading session at a price of RON 27.3 per share, stagnating. At this rate, the company’s capitalization amounts to RON 2 billion (EUR450 million).