Traditionalist trend is determined by tastes and public’s consumption habits 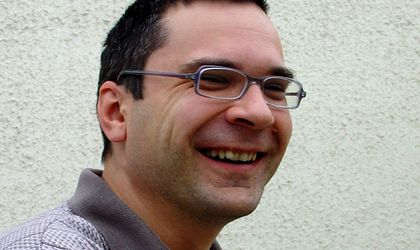 Marketing and advertising professional, but also lyrics writer for many important Romanian bands, such as Sarmalele Reci or Directia 5, Florin Dumitrescu, has launched “Super Offer Traditions”. The book is an anthropological study about the Romanian advertising industry and the over-used message of the traditions in the recent brands’ campaigns. BR met with the author and found out more about the book and its insights.

How did the inspiration for your book come?

18 years ago I worked for the launch of « Untdelemn de la Bunica » (Grandma’s Oil), as a copywriter. I was amazed by the product’s fast success, of the Bunica brand (that was, at one time, extended to over twenty products). Then, during the passing of the years, I saw that more and more announcers were appealing to traditions in their communication. Having a good inner understanding of the phenomenon, I decided to advance to a more serious analysis of the situation.

How long did it take from the idea to the finish product?

Around 10 years ago I published some articles about the local trends in marcom. After that, the anthropologist Vintila Mihaileanu and his disciples started to quate me, invite me to conferences, in the role of an industry insider, willing to narrate my experiences. Me, on the other hand, I wanted to evolve, to learn more, therefore I started the work for the socio-anthropological PhD at SNSPA. My PhD thesis was going to be, naturally, about the marketing of traditions. I presented by thesis in 2014 and I published it in 2015, as a book.

Was it hard to find a publisher?

Actually, it was fairly easy. The professor Vintila Mihailescu, my PhD consultant, is the one that coordinated my anthropology collection at the Cartier publishing house. He was the one that guided me to them. While I was presenting the thesis a representative of the publishing house was present at the event, namely the writer Vasile Ernu. He was the one that convinced me I should publish it with them. The year following the presentation and until the book saw the light of the printer I introduced a new sub-chapter in the book about nationalism, that I knew it would interest the public, and I also diminished some parts that were way to theoretical.

On my own, I developed some discussions with other publishing houses, but, eventually, Cartier seemed the most serious one, therefore I signed with them.

Do you believe that the traditional trend starting from the advertising agencies that found a niche to promote or from the supermarkets that saw the success of some campaigns and capitalized on it?

The traditionalist trend is determined by the tastes and the public’s consumption habits. It was a long and hard process by the means of which the marketers identified and admitted this reality. In the 90’s, the Romanian advertising was exalting the Occidental lifestyle and the liberal and individualist values of the western civilization. The reorientation, after 2000, towards the traditions and the local taste, seemed for many industry people as a hard accepted concession, as some kind of involution. The supermarkets have also a catalyst role in those series of developments, one that I tried to show it and explain it in the book.

How can the brands differentiate if all pretend to be “traditional”?

The traditions and the popular culture are offering unfinished approaches. I believe that you may be risking to confuse the “aspirational” brands messages, with happy people, smiling broadly to the luminous skies of the globalization. Of course, the ones that are following a conventional and insincere recipe can miss the unique and original way of promoting themselves. It’s the case of the liver pate, whose complicated story I relate in the book.

Do the Romanians really believe in this concept and positioning?

The marketers are still shy, but more and more of them are “smelling” the traditional brand opportunity approach. The consumers don’t have a clue about what is the concept and the positioning of the brand and they are not interested in it. The consumers want the brand to speak their language and they are happy to find in the commercial communication something that relates to their world, after, in the last decades, they were “summoned” to wish for the “unreal and untouchable”.

What is the main target of people that like this trend?

Women, 35 to 50 years old, medium studies and income (the so-called housewives). What is interesting is that men talk more about traditions, patriotism, national consciousness, etc, while the women are more pragmatic, know the products better and also better differentiate the brands. Men are conceptualizing the tradition; women are more connected to tradition and they even carry on further the knowledge received from their mothers and grandmothers.

What were the main findings you discovered while questioning people for the book and that surprised you? Why?

I wanted to know why the consumers let themselves be “fooled” willingly by the brands’ communication based on the traditions. I made more and more relevant discoveries and I finally arrived to understand the fundamental truth that, in a “landly” way, the tradition is the market itself. The trend of the traditio-brands only wants to recuperate the steps that some of our society rushed to burn, in a desire to synchronize itself with the West. It was a brutal process for the rest of the society, the unseen part of an aisberg that, eventually, surfaced the ground.

What is you main wish for the book?

The book has two big target groups. On one hand, the people interested in sociology and anthropology, on the other hand, the marketing and communicational professionals. I received encouragements from the first group. The book is received as a contribution to the explaining of some phenomenon in the society, such as the reaction to the globalization or the pathology of the Romanian modernism. But I want to reach as well the practitioners, the people in the agencies and the marketing departments, the ones that this book can help better understand the Romanian reality. At a first impression, may seem as if I am prescribing them a cold shower or a hard to shallow medicine. But it is the shower that I have been through as well, the truth I inhaled as well. This is the main reason that I can talk detached and with a critical eye about their work (ours, in the end).

Do you see a possible sequel? Or maybe a new book inspired by advertising and brands?

I would like that my studies about the tradition-brands would be followed and sustained by other studies from related domains: agro-alimentary markets, the small producers’ zone, the urban dynamic of the markets and trades. I have received feedback from influential readers that are asking me to keep “digging in” in this direction. I like the fact that this book is stimulating ideas and debates, that it’s a live organism that asks for new pieces of information and data. I am still waiting for reactions, effects, feedbacks, ricochets: I have a lot to learn from them.