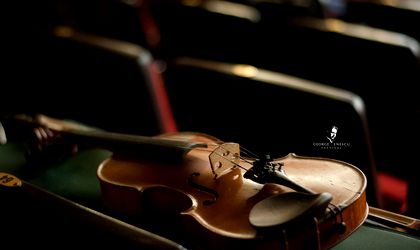 Tuning up for competition: the performers, prizes and judges

A total of 317 artists will take part in the competition, 40 percent more than in 2014. The selected performers come from 48 countries, including South Korea, Italy, Spain, France, Croatia and Russia. Romania will be represented by 12 artists. The names of the selected musicians can be found online at www.festivalenescu.ro , listed under violin, cello and piano. All the projects submitted for the composition section have been sent for judging and the winner will be announced on September 3, during the festival opening.

The total value of the prizes at the 2016 Enescu Competition is EUR 115,000. Two special prizes are also awarded: a two-year scholarship to the famous Barenboim Academy of Berlin, for the best ranking Romanian competitor in the violin section, and presence as a guest artist on the stage of the iPalpiti Festival of International Laureates 2017 in Los Angeles, for the best violinist.

Enescu himself organized numerous fund-raising events to support young artists and, in 1913, founded a national award for the best composition, which was held annually until 1946. He also gave musicians the chance to have their compositions performed. 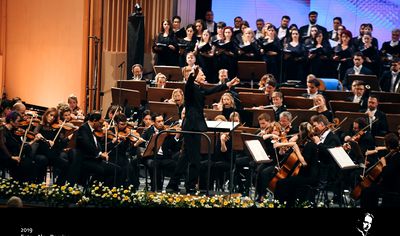 Top musicians, jury members and former George Enescu International Competition winners will also hold concerts during the event, in a series of 19 performances and orchestra concerts.

In premiere, three artists and forthcoming jury members will hold recitals at the Romanian Atheneum on September 7, 16 and 22.

On September 7, cellist Geringas will hold a recital with Ian Fountain on the piano. Geringas is of Lithuanian origin and has had concerts with big orchestras, such as the Royal Concertgebouw, London Symphony and Vienna Philharmonic, also in the role of conductor. He won the golden medal at the International Tchaikovsky Competition.

Violinist Florin Croitoru will be on the stage on September 16, with Verona Maier on the piano. An attendee of several successive Enescu contests, he is also a professor at the Conservatory of Bucharest and taught for a while in the US.

Along with established artists, audiences can also discover the winners of the 2014 Enescu Competition, now making a name for themselves on the international classical music scene. A violin wunderkind, Stefan Tarara, born to Romanian parents in Munich, will perform at the Athenaeum on September 18, at 7:00pm, with pianist Lora Evelin Vakova-Tarara, designated the best accompanist of Enescu’s Sonata No. 3 at the 2014 competition. Meanwhile, the winner of the cello section, Eun Sun Hong, will give an extraordinary recital on September 10. Spaniard Josu de Solaun – who during the 2014 competition lived in a rented apartment on George Enescu Street which was right under that occupied by Enescu himself in the late 30s and early 40s, before he moved for good to the back chambers of the Cantacuzino Palace – will take to the Athenaeum stage on September 24, at 7:00pm.

The tickets for the Opening Concert (September 3) and the Piano Finale of the 2016 Enescu Concert (September 25) are sold out. Tickets can be bought for other recitals, as well as for the violin and cello final galas, costing between RON 40 and RON 50.

The 2020 George Enescu International Competition is reorganised in a new format, part...