To the Letter: Caragiale’s tale of love and politics given operatic reworking 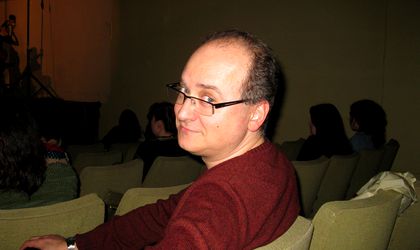 There are many impressive things about the Caragiale adaptation A Lost Letter, a new opera by Dan Dediu. Featuring a libretto by Stefan Neagrau, the work had its national premiere at the Bucharest National Opera in December. Best of all is how a play written more than one hundred years ago is still relevant, with its timeless themes of love and politics. The spirited conductor Tiberiu Soare drew an insightful, colorful interpretation of this demanding score from the Bucharest National Orchestra. After the show, BR asked Dediu how a masterpiece full of Romanian jargon can be understood by a modern, expatriate audience.

Romanian Ion Luca Caragiale wrote A Lost Letter in 1884, which from its publication was deemed a masterpiece by major critics. Until now, nobody has tried to adapt any of Caragiale’s plays as an opera. One of the biggest challenges was the translation of the script, though the music turned out to be the real test, says composer Dan  Dediu. It took him three years to finish what we can now see on the Bucharest National Opera stage: a comic satire about political corruption, petty ambition and rambling demagogy, which explores the victory of a blackmailer in a provincial government election, in two acts and a prologue, everything wrapped in musical arrangements from around the world.

A Lost Letter tells the story of Stefan Tipatescu, one of the candidates for local elections in a small-town of 19th century Romania, who discovers that his opponent has obtained an old love letter he wrote to the wife of the local party leader. Tipatescu tries to persuade his opponent, Nae Catavencu, to hand over the letter, obtained by accident from a Drunken Citizen. The dynamics change when the party announces its support for a third candidate, Dandanache. Meanwhile, Catavencu loses the letter which ends up back with Zoe, the rightful owner. By the end of the play, the opponents are reconciled, and the government’s candidate wins.

How a masterpiece full of Romanian jargon can be understood by a modern, expatriate audience?

Dan Dediu: Caragiale is very hard to translate, as several authentic expressions don’t have an equivalent in any language, as they are old jargon. Even if we could find an equivalent in another language after a rigorous search, I am sure that the text would lose its color. Still, I believe that there are two universal themes – love and politics – and the music is a very cosmopolitan selection of sounds and genres: Argentinean tango, Russian waltz and Romanian hora (a popular circle dance), Turkish peshtrev, French cancan, bossa nova, mambo, jazz, soul and Broadway music.  The musical spectrum walks you from North to South and from East to West, so it is very easy to relate to the performance. For me, the idea of composing music from traditional dances was the key to transforming Caragiale into opera.

What was the creative process based on music?

I truly believe in kairos, a classical expression for appropriate time. It took me three years to figure out how to transform every character into music in order to form a complete, joyful show. After a period with no idea how to begin, I even considered abandoning the project. Then, one day, I was in my car, listening to the Musical Romania Radio broadcast. A wonderful Piazzola tango was playing, which was the perfect interpretation for Stefan Tipatescu. The others were pretty simple to create – for the Zaharia Trahanache character I used Balkan music, Catavencu was constructed using the Romanian hora, habanera and French cancan, Farfuridi and Branzovenescu were swinging between bossa nova and Turkish peshtrev, while the Drunk Citizen identifies himself with the Moldovan fanfare, Pristanda was perfect for a Hollywood musical, Dandanache was a combination of national folklore with symphonic strains, the crowd was great for yells and whistles, while Zoe, the only female character in the play, was suited to a bolero and also a sad waltz.

What was the most difficult part of the play to adapt?

The greatest challenge was interpreting Catavencu’s electoral speech at the meeting. It lasts up to nine minutes, during which the character must metamorphose from a weepy image of a true patriot to someone more self-serving, arguing that decentralization is needed, culminating in a political animal, who offers an X-ray of the Romanian working class, claiming that he has the solutions for a better life. To put such a political chameleon to music was difficult. I had to find the modulations between his different states so I mixed up Romanian hora and Ciprian Porumbescu’s ballad, then I crossed away sharply to a habanera. All the modulations are psychologically composed, so the listener feels the character’s metamorphosis from both directions: orchestra and lyrics.

Have you started to promote A Lost Letter worldwide?

Not really. First and foremost it was a great challenge for me to write something for a limited public, while it is performed in Romanian, using lots of jargon. Still, the premiere was a great success according to friends, critics and specialists. I even invited some German and Australian friends to the performance, after they researched Caragiale’s style and composition. Their feedback was amazing; they understood the characters through music and the theme is, as I said earlier, broadly universal, although based on Romanian stories.

How much of the story can be seen in today’s national politics?

When Stefan Neagrau asked me to write the music for this opera, I thought that those characters were locked in some historical fridge and I had released them through music. On election day, December 9, I was watching the news and a reporter asked the mayor of a small village for his opinion of the candidate. His answer was, “We don’t have anyone better than him”, and I realized then that today’s politics is very much like A Lost Letter, although it was written more than a hundred years ago.

A Lost Letter is on at the Bucharest National Opera. The next performance is on February 3, at 19.00. 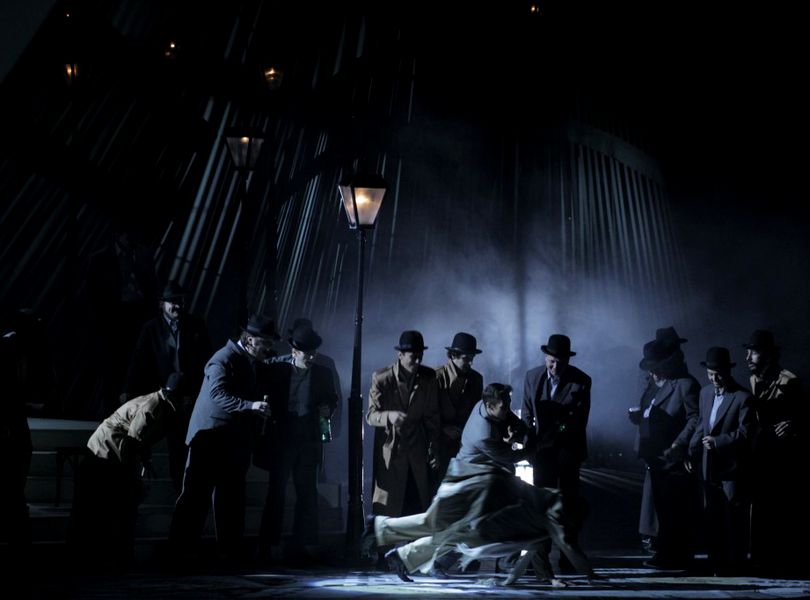