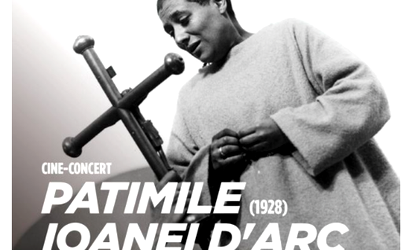 On the fourth day of the festival, TIFF invites us to the Catholic Church for a cine-concert: Carl Theodor Dreyer’s silent movie The Passion of Joan of Arc goes alive under the magic keyboards of Touve R. Ratovondrahety, the famous pianist of the Parisian Opera, and the cathedral’s organ.

Danish film director Dreyer was invited to make a film in France by the Société Générale des Films and chose to make a film about Joan of Arc due to her renewed popularity in France. Dreyer spent over a year researching Joan of Arc and the transcripts of her trial before writing the script.  The film was directed by Carl Theodor Dreyer and stars Renée Jeanne Falconetti as Joan in her only major film role. Falconetti’s performance and devotion to the role during filming have become legendary among film scholars. The film summarizes the time that Joan of Arc was a captive of England, depicting her trial and execution.

The event starts at 21.30 tonight and it’s currently sold-out. More information about the event here.