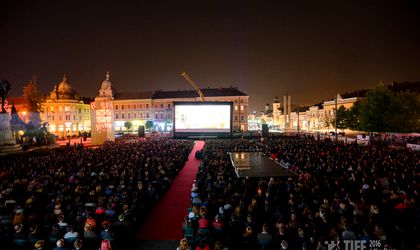 Business Review asked Mihai Chirilov, TIFF artistic director, for his must-see list from what’s going to be playing on the festival’s silver screens. We also share the director’s notes on the movies.

Each new film directed by Nae Caranfil is an event. This one is even more so, combining a surprisingly large national obsession – fear of imminent earthquake – with one of the director’s great obsessions: the musical. Caranfil has composed the music to this sophisticated comedy, but the biggest tremors will be caused by the laughter. Although the movie will be released later, the opportunity to see it on the giant screen as a world premiere in Unirii Square is not to be missed.

Immediately after its premiere in Cannes, Bogdan Mirica brings his latest production to TIFF, where a few years ago he won the award for best short film with Bora Bora. Dogs is a rural police movie and an existential thriller, but also an anti-Western from the Balkans – a Molotov cocktail of genres, original and unpredictable, exploding nonchalantly in the garden of the New Wave. Probably the best Romanian debut since 12:08 East of Bucharest/ A fost sau n-a fost?.

Forget about the Indian movies where it’s all about singing and dancing. Awarded in Venice, this sociopolitical thriller inspired by the true story of four innocent youngsters mistreated in police custody reaches levels of unbearable violence – but what fuels the viewer’s outrage is that the corruption extends to the stratosphere of power that needs scapegoats to cover up crimes.

A Monster with a Thousand Heads

There could not be a more suitable description for the monstrous Mexican health insurance system that deprives a man in critical condition of treatment, forcing his wife to stand up for herself. The film lasts only 75 minutes, but it takes you hostage from the first sequence and keeps you tense until the last second.

No connection with Lady Gaga. Real name Ohad Naharin, he is the true hero of this fascinating documentary, one of the most renowned choreographers in the world. If you liked Wim Wenders’s Pina, you have every reason to plunge into the universe of this unclassifiable Israeli genius artist, who redefined the language of modern dance. 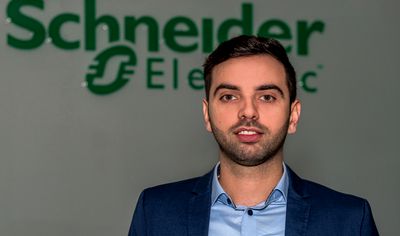 A sophisticated remix of Memento and Synecdoche, New York, the debut film of the Israeli visual artist Omer Fast is based on an English cult novel and requires multiple viewings in order to piece together a story broken into thousands of mysterious pieces – the story is nothing more than the memory of the protagonist perforated.

The Show of Shows

Everything’s possible, and the music of Sigur Ros will no longer seem from another planet when you see this anthology of the circus world for which the Icelandic band composed the soundtrack. What is seen in the archival footage – from the mother who throws knives into her son to a baboon playing the violin – is really from another planet.

The latest film from Cristi Puiu deserves its place in the Cannes Film Festival competition. The filmmaker convenes a family meeting at a requiem in an apartment, brilliantly choreographing a dozen or so characters in a maze of feelings and resentment, and does the impossible: tells his story from the perspective of the deceased. Robert Altman (Shortcuts) would be proud of the result.

This bittersweet comedy from Cesc Gay put the competition’s nose out of joint at the Spanish Oscars this year, taking home the most wanted Goya awards: film, director, screenplay and actors (primary and secondary). For a film about a terminally ill patient who wants to leave his dog in good hands, Truman is unexpectedly tender and bright.

His previous film (Floating Skyscrapers) brought young Polish director Tom Wasilewski a directing prize at TIFF, and his latest one, a well-deserved screenplay award at the Berlinale this year. Despite a title suggesting romantic love, it’s a losing bet for the four heroines of this tragic story, brilliantly filmed by Moldavian operator Oleg Mutu.