Thomas Hartwig, King: “We are developing the world’s largest ‘bubble-shooter’ in Bucharest” 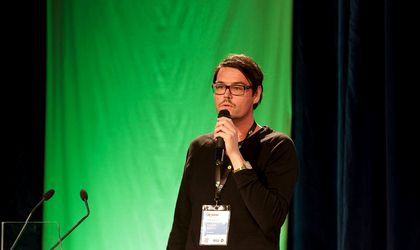 Thomas Hartwig co-founded King in 2003 and today is chief technology officer at the company, which is behind some of the most successful games on Facebook and the global mobile hit Candy Crush Saga. He has led the technology organization from a small team to a group of developers across five sites in Europe. As of 2011, King has an office in Bucharest. Hartwig was recently a speaker at the How to Web regional technology event.

What type of games is King.com working on right now? Why do you focus on Facebook and mobile games?

We are focusing on building out our games portfolio with more casual games titles. We’re following our strategy and focusing on publishing our games on the most viable social networks, such as Facebook. We will continue to focus on mobile and Facebook since our games are very suitable for these platforms and their audiences.

What can you tell me about King.com’s Bucharest office? Why have you decided to open a studio here?

We try to identify locations where we can find really awesome talent. For Bucharest in particular, we found Mihai Sfrijan as head of studio. He was a perfect match in terms of skills, network and culture. For King it’s very important to find cultural champions. Bucharest has proven to be a very tech-savvy world city where we can find really strong and competent programmers and QA (quality assurance).

What games are you testing and developing here?

We are developing the world’s largest “bubble-shooter” in Bucharest. We are also developing a new title here.

Which of the top King.com games were made with the input of Romanian testers and developers?

The Bucharest team has contributed to the success of most of our games both in terms of development efforts but also with QA capacity. Many of our Bucharest employees have worked for longer or shorter periods at our other studios.

What’s the difference between developing a game for a social network in comparison with one for a console or PC?

I think the main difference is that the production times are much shorter. We have the luxury of releasing a minimum viable product and iterating into perfection. That way is hard when you ship boxed games.

How does the development of the game work, and how are ideas pitched?

We have an open process within King. Everyone can submit a game idea and pitch to our creative team. We also host internal game jams every year, where basically the whole company goes away and programs new games for 24 hours.

How do you monetize the games you create for Facebook or mobile?

We publish our games using a freemium model. That means that it’s free to install and start playing the game. Throughout the game we give players the option of buying power-ups or helping themselves to progress throughout the game more quickly and easily. There is no forced payment in our games.

You started King.com from scratch. What advice would you give a Romanian entrepreneur who wishes to start a global game developing company?

I believe that finding the right talent in the initial team is crucial. When the team is small this is super important. As you grow, you need to focus and pay attention to detail. Delivering a high quality product is the only thing that matters. One more thing

I’ve seen is that many companies focus solely on the perfect technical platform but forget the business side, or vice versa. It’s about finding the right balance between tech and business.