The Transilvania Trophy goes to India this year 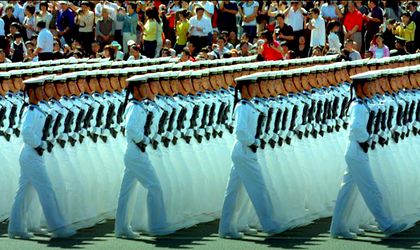 The Transilvania trophy, of EUR 15.000, went to a first time director, Indian Anand Gandhi, who impressed the jury with his feature film Ship of Theseus. The trophy has handed to the sound designer of the film, Erdélyi Gábor, by director Jiří Menzel, the recipient of the Lifetime Achievement Award and actress Luminița Gheorghiu, the recipient of the Excellence Award.

Ship of Theseus also received the Best Cinematography award, of EUR 3.500 (digital post-production services offered by Cinelabs). Director of Photography Pankaj Kumar received the award for “the fluidity of the images and his excellent manner of surprising contemporary India’s vibrating and colorful life”. The film is a meditation about identity, doing what is right, beauty and death told through the three apparently unconnected stories of an experimental photographer, a monk and a stock broker.

The Best Director award, of EUR 5.000, offered by BCR, went to another first time director, the Japanese Rikiya Imaizumi, for I Catch a Terrible Cat, considered “an excellent romantic comedy mixed with dark humor and which explores the nature of feelings in contemporary Japan”. Young directors Ana Guevara Pose and Leticia Jorge Romero, from Uruguay, received the Jury Special award, of EUR 1.500, offered by Vodafone, for Tanta agua, a film that manages to “identify the essence of family”.

The Best Actor/Actress Award, of EUR 1.000, offered by Vitrina Advertising, went to the amateur Danish actor Gustav Dyekjaer Giese, for his role in Nordvest (by Michael Noer, Denmark). The winner was announced by a new Cluj favorite, the protagonist of Betrayal, actress Franziska Petri. The FIPRESCI award for the best film of the This Is the End section was El limpiador (by Adrian Saba, Peru).

The Audience Award offered by Mastercard went to the Middle East, to a first time feature entirely shot in Saudi Arabia which is also the first Saudi Arabian film made by a woman: Wadjda (by Haifaa Al-Mansour).

The Romanian Days winner is the documentary Here… I Mean There (by Laura Căpățână Juller), which received the Best Feature Award, of EUR 5.000 in post-production services offered by Abis Studio.  The Romanian Breakthrough Award went to Paul Negoescu, for A Month in Thailand. The EUR 1.000 prize offered by URSUS, was presented by actress Mihaela Sîrbu to the film’s protagonist, Andrei Mateiu.

The Best Short Award went to Shadow of a Cloud, by Radu Jude, a film presented earlier in May within the Quinzaine des Réalisateurs section of Cannes. The award consists of EUR 1.500 and a day of shooting at the MediaPro Studios.The jury also handed two special mentions, to the short films Claudiu and the Fish (by Andrei Tănase) and The Pill of Happiness (by Cecilia Felmeri).

The winner of the Shadows Shorts section, Death of a Shadow (by Tom van Avermaet, Belgium), which, earlier this year, was nominated for an Oscar, was presented by the three members of the jury, Freddy Bozzo, Tomi Malkki and Pau Teixidor.

If you couldn’t make it to Cluj Napoca to see the TIFF, between June 11-17 a selection of 15 films from the most popular sections of the 12th edition of the festival will be projected at Grand Cinema Digiplex in Baneasa Shopping City.

On June 17, at 20.00, will be a special screening of the documentary “Samsara”, directed by Ron Fricke. The event will be present by Stefania Magidson, the wife of the film producer and president of Blue Heron Foundation and Tudor Giurgiu, the festival’s director.