The search continues for Romanian journalist after plane crash 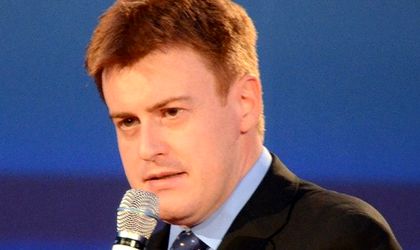 The Coast Guard is continuing its search for Andrei Postelnicu, a famous Romanian journalist, who disappeared off the St. Lucie inlet Friday evening after his plane crashed. Andrei Postelnicu was headed from Marathon to Vero Beach when the plane he was piloting himself disappeared.

The Martin County Sheriff’s Office says people found a boot and a backpack that belong to Postlenicu on area beaches.

The sheriff’s office did not have an update on Postelnicu’s whereabouts as of Monday morning, writes wptv.com.

Andrei Postelnicu is one of the most well-known contemporary business journalists in Romania. Originally from Campulung Moldovenesc, he worked for important financial media instutions such as Financial Times and Bloomberg. He also worked for Evenimentul Zilei, Capital, Realitatea TV and served as a consultant for Mircea Geoana while the politician served as president of the Romanian Senate.

At the time of his disappearance, Andrei Postelnicu worked for Moody’s Investors Service as an assistant vice-president, according to Romania TV.