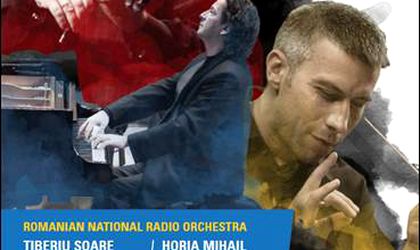 The Romanian Radio National Orchestra has been invited to attend a major musical event in Kuala Lumpur, Malaysia for World Summit on Media for Children between  September 9 – 10. According to the organizers of the event, the two concerts performed by the Romanian Radio National Orchestra are the “main attraction” of the 7th edition of the summit. This is the first time that the international event is organized on the Asian continent, after Melbourne, London, Thessaloníki, Rio de Janeiro, Johannesburg and Karlstad.

The Romanian Radio National Orchestra will perform under the baton of Tiberiu Soare, the principal conductor of the Romanian Radio Orchestras and Choirs, who has conducted the ensemble on all tours undertaken in the last seasons. The soloists of the two concerts will be Gabriel Croitoru – violin and Horia Mihail – piano, two musicians widely acclaimed in numerous events held at the Romanian Radio Hall.

The Rhapsody no. 1, Enescu’s famous work, and Ciocârlia, composed by Angheluş Dinicu and made famous by the exceptional performance and arrangement carried out by his nephew, violinist Grigoraş Dinicu, will be part of the Asian program proposed by the Romanian Radio National Orchestra. Besides these two works, the Malaysian audience will also listen to several pieces from the international repertoire: the Swan Lake suite by Tchaikovsky, the Burleske for piano and orchestra, signed by Richard Strauss and the Gypsy Melodies, by the Spanish violinist and composer Pablo de Sarasate. The two concerts will also feature two original Malaysian compositions.

The two concerts will be audio and video recorded by the public radio and TV broadcaster from Kuala Lumpur and will be broadcast by all members of ABU – Asia Pacific Broadcasting Union, reaching thusly a potential audience of several billions of listeners and viewers , in a geographic area which covers half of the planet. The tour is organized by Radio Romania and ABU.

The concerts will be held in the Kuala Lumpur Philharmonic Hall, hosted by the legendary Petronas towers, an emblematic building of the city, two twin skyscrapers which have been considered to be the highest building in the world from 1998 to 2004. The first concert, scheduled on September 9, will be dedicated to the summit participants, while the second performance will be addressed to the wide audience.