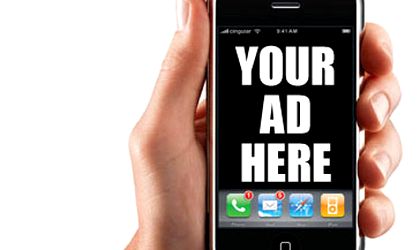 This will be the first year of comeback for the Romanian advertising market in five years, which will see 2.8 percent growth, according to the estimations of Zenith Romania.

The growth is due mainly to the digital ad expansion. However, TV will still continue to attract the bulk of advertising.

By the end of the current year, the total of investments in advertising will have reached USD 394 million. Advertising on mobile devices, including display, classified, search and in-app ads delivered on smartphones and tablets is the segment with the fastest growth, due to the increasing penetration of smartphones as well as the introduction of new formats, which allow advertising clients to employ users creatively.

Even though it posts the highest growth, of 30 percent, the mobile segment still represents 5 percent of the total digital investment. According to the forecast of Zenith Romania, by the end of the next year, mobile advertising will represent at most 6.5 percent of online advertising.

As far as the categories of products are concerned, food products (16 percents), drugs and health products (14 percent), non-food FMCG (12 percent) and retail (10.1 percent) cover half of the total media investments.

The new technology allows improved advertising formats which make the display more attractive and interactive for the consumer. At the same time, programmatic buying helps to target the audience more efficiently.

Zenith estimates that the display will continue to grow over the next two years at an even higher pace. Between 2014 and 2016, it is estimated to grow by 15.8 percent compared to 12.3 percent growth between 2010 and 2013.