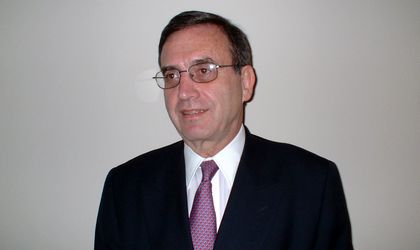 In his paper Net Benefits of Low and No-Carbon Electricity Technologies published recently by the Brookings Institution in New York, Charles Frank Jr., a nonresident senior fellow of the famous US think tank and a former EBRD president, argues that efficiency and net benefits should be the only criteria to employ when choosing between wind, solar, hydroelectric, nuclear and gas combined cycle plant technologies.

What are you arguing for in this paper?

Gas-combined cycle, nuclear and hydro plants are more efficient in reducing emissions than either wind or solar. I am arguing that wind is the fourth and solar the fifth of those five in terms of benefits – meaning avoided emissions. The other benefits are avoided energy costs (which in the case of wind, solar and hydro are practically zero) and avoided capacity costs – in other words, if you build a new gas-combined cycle plant you avoid the cost of building a new coal plant or a new wind plant, and that is a very positive thing because a gas-combined cycle plant has very low capital costs compared to any other low-carbon type of technology.

How much higher are the capital costs for wind and solar than for a gas-combined cycle plant?

In the case of wind, the capital cost is roughly double, and in the case of solar, almost quadruple. So you are paying two to four times more for the same capacity. Furthermore, the average time when these plants operate is very low. They only operate when the wind is blowing and the sun is shining. In the case of solar, for example, in the middle of Europe, 10 percent is a good capacity factor (the sun never shines at night, and it doesn’t often shine during the day). If you combine that with capital costs, the numbers look very bad. If you compare it with a gas-combined cycle plant, which has a 90 percent capacity factor, this means you produce nine times the amount of energy at one quarter of the capital cost. To put it another way, you need USD 36 million to produce the same amount of electricity at a solar plant compared to USD 1 million for a gas-combined cycle plant. That’s a huge gap in capital costs!

But one has to take into consideration the price of natural gas.

Even if you value gas at 50 percent more than what are you currently paying, we’ve calculated that it is much more economical to build a gas-combined cycle plant, if your goal is to reduce emissions.

What should a government take into consideration when drafting its energy policy?

First of all they should take account of avoided emissions (the reduction of emissions that you get from a low or a new carbon plant, emissions avoided from pumping into the air). That has a value. There is a lot of argument about what that value is and in my paper I have put it at USD50 per ton (which is in my opinion a reasonable estimate of what it’s worth). As long as you put a reasonable price, the conclusions of the paper are that it is better to build a gas-combined cycle plant, or a nuclear or hydro plant, than a wind or solar plant.

Therefore solar should get more, but not three times more. It should be the ratio of emissions avoided by solar versus those avoided by wind. And you should extend it to other forms of green energy. Why not large-scale hydro? It is very efficient, not only because it emits no CO2, but if you have water storage, you are able to produce a lot of electricity during peak hours, when the emissions are the greatest. So hydro has a very high level of avoided emissions, and should therefore be rewarded for that. But there are no green certificates even to hydro projects of over 10 megawatts/hour, only to small run-of-the-river hydroelectric projects. Then, one should be giving certificates to gas-combined cycle plants, to the extent that they replace coal power, and coal power is very important in Romania.

What I understand is that your paper addresses the issue of green certificates from a different perspective.

The problem with the green certificates program is that it’s designed to reach a certain percentage of renewable energy in terms of total electrical engine energy, not in terms of trying to reduce CO2 emissions by a certain percentage. Maximizing the percentage of renewable types of energy doesn’t maximize the reduction in CO2 emissions. They are correlated, but there is a significant difference.

The real goal is this reduction, not an increase in green energy. It’s directed at the wrong goal, which doesn’t come from Romania, but from the 2008 EU directive that says 20 percent of energy output has to be from renewables.

Hydro and solar are better than wind in terms of reducing emissions because they operate more efficiently during peak hours, when the emissions are the highest. Gas-combined cycle plants can operate at peak hours as well, because you take the plant down for maintenance during off-peak periods, so that it has a higher capacity factor during peak hours. Hydro, nuclear and gas combined cycle plants should also get green certificates, since they reduce CO2 emissions, as well. That is the only way to design an efficient policy.