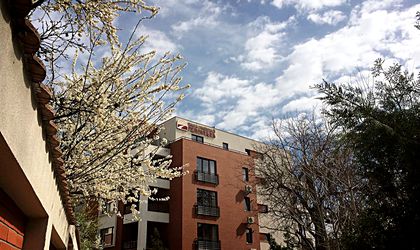 Razvazn Radulescu and Radu Catalin Petrea have joined the executive board of the Railway Commercial Bank, according to company representatives.

Razvan Radulescu, the new chief operations officer, previously worked for Abn Amro, Millennium Bank, Romanian Bank for Loans and Investment, occupying various positions in management structures of the three banks. Radulescu studied at the Polytechnic University of Bucharest and has an MBA from City College, University of Sheffield.

Catalin Radu Petrea joined the Railway Commercial Bank as chief business officer. Previously, he was CEO of Millennium Bank Romania and deputy CEO of OTP Bank. Petrea holds an MBA from Aston University and attended the SEP at Stanford University in the US.

In 2014, the Railway Commercial Bank took on the dual management system, its supervisory board being composed of Lucian Isar, Corina Blidar and Jose Luis Ferrer.

The Railway Commercial Bank was launched in 2009 with Romanian private capital and has 15 units in 11 major cities across the country.