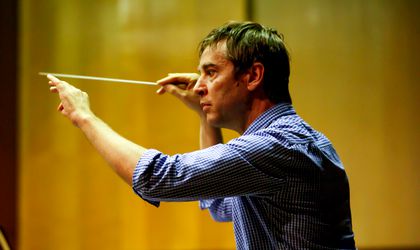 The Radio Hall is set to host a special musical and cinematography event on Friday, November 13th, starting at 19:00: a silent movie screening with orchestral accompaniment, organizers announce.

The comic opera in three acts signed by Richard Strauss, Der Rosenkavalier (Knight of the Roses), performed by the National Radio Orchestra under the baton of Stefan Geiger, will accompany the silent movie of the same name made in 1925 and inspired by Strauss’s opera libretto. The movie is signed by director Robert Wiene.

The film premiered on January 10, 1926, in Dresden Semperoper (Dresden Lyric Theatre), an institution that had hosted the premiere of the opera itself 15 years before. In this first projection in Dresden the musical accompaniment was provided by an orchestra led by the composer himself. A US tour had been planned in 1927 for Strauss and his orchestra, but the advent of sound film led to cancellation of the project.

Der Rosenkavalier was among the first known musical works for which multimedia versions were done. Although based largely on audience familiarity with the original work, the film functions as an independent comedy also, its charm enhanced by the film’s shooting locations, including the Schonbrunn Palace and its surroundings.

While movie music is generally made following the filming and adapted through directorial approach, Der Rosenkavalier was an atypical situation, the central element of the film being the music, created before the cinematic event. Richard Strauss modified its original composition for cinema: the voice was eliminated and replaced in part by individual instruments. The opera was restricted, the narrative amended and scores of other works by Strauss were used, some marches and dances from the repertoire of the composer being chosen.

For a long time the score for orchestra which accompanied the film has not been interpreted, because of timing issues and the disappearance of the last roll of the movie. On the 80th anniversary of the premiere, ZDF / ARTE ordered the complete rebuilding of the movie from Filmarchiv Austria, which included the reconstruction of the final part.

Conductor Stefan Geiger is not at his first event of this kind. In the past he conducted a concert that accompanied The Adventures of Prince Achmed, the first animated feature film in history, along with NDR Symphony Orchestra – Hamburg. In 2011, he was invited for the first time in Romania to direct the Romanian Youth Orchestra during the International Festival “Enescu and World Music”, held in Sinaia. In 2013, at the invitation of the Goethe-Institut, he returned to Bucharest, on the scene of the Romanian Athenaeum to conduct The Adventures of Prince Achmed along with Romanian Youth Orchestra. Then came Pandora’s Box in 2014 with the same orchestra, once more on stage of the Romanian Athenaeum.

Recently, Stefan Geiger was elected chief conductor of the Sinfonia Parana (Orquestra Sinfonica da Parana), Brazil, for the 2016/2017 season. As conductor, he dedicated himself to music of both new and classical repertoire, collaborating with orchestras such as Sinfonieorchester des Rundfunks Norddeutschen Hamburg, Wurzburger Philharmoniker, Nurnberger Symphoniker, Parana State Symphony Orchestra and Ensemble Resonanz. Since 2002, he conducts Landesjugendorchester Bremen (the Youth Orchestra of Bremen).

The event is organized by Radio Romania and the Goethe Institute of Bucharest.

The concert can be heard live on Radio Romania Cultural and Radio Romania Musical and streamed live at www.romania-muzical.ro and www.radioromaniacultural.ro. Tickets are available on www.eventim.ro in Germanos, Orange, Vodafone, Domo, Carrefour, Carturesti, Humanitas in OMV filling stations and the Radio Hall ticket office.