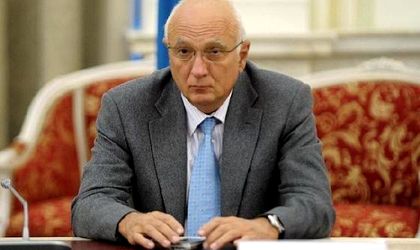 Daniel Daianu, the interim Financial Surveillance Authority’s president, announced on Wednesday that Dan Radu Rusanu permanently resigned from his position as president. Daianu made the announcement in the Senate, where he was called to attend the meeting of the Budget and Finance Commission.

The Commission is currently evaluating ASF’s activity. Daianu added that he was informed of Rusanu’s decision around 11:00.

Cosmin Nicula, president of the Commission, mentioned that he will forward the letter of resignation to the Senate’s Permanent Bureau.

“I want to inform the Senate since we have to seriously evaluate ASF’s activity and, of course, make new proposals for finding replacements both for the president position and for the non-executive board member position, if we decide we will keep the nine member formula”, Nicula commented.

Asked if Rusanu also returned the bonuses he was awarded as president of the ASF, Nicula answered: “No, he didn’t provide evidence he returned that money”.

Dan Radu Rusanu is currently in custody, after the Bucharest Appeal court decided to arrest him preemptively for 30 days on Tuesday.